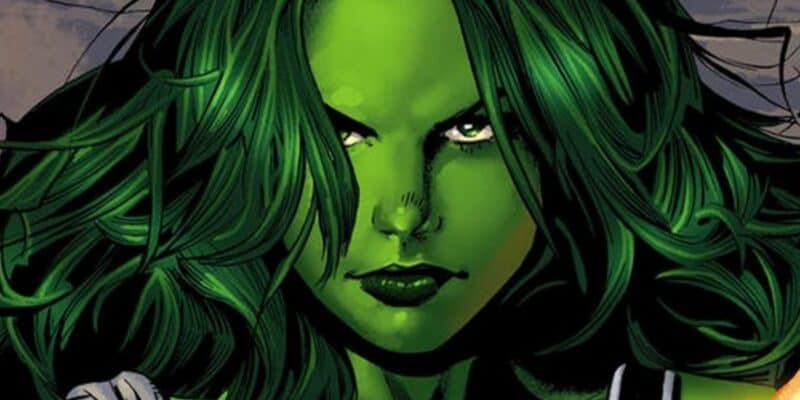 Marvel Comics recently announced a new “She-Hulk” series, attempting to capitalize on the new attention Jennifer Walters has received after a solo series was announced as part of Marvel Studios’ Phase Four coming to Disney+ sometime in 2022. However, some fans were less than enthusiastic about Marvel Comics choosing Rainbow Rowell to write the new She-Hulk series.

Rainbow Rowell has previously been criticized for using offensive language to describe Asian Americans in her 2012 young adult fiction novel Eleanor & Park. The official description of the novel from Rainbow Rowell’s website reads:

“Set over one school year in 1986, Eleanor & Park is the story of two star-crossed misfits – smart enough to know first love almost never lasts, but brave and desperate enough to try.”

What makes Eleanor Douglas and Park Sheridan a “star-crossed” romance is that Park is biracial with a Korean mother and Caucasian father. However, some descriptions of the Park in the novel have been called out for using offensive Asian tropes.

Park is described as having “almondy” eyes, being small and feminine looking. He also has stereotypical interests like taekwondo and math. And while many of these descriptions of Park come from the point of Eleanor some have pointed to Rowell’s lack of research into Korean culture as a huge problem.

Many point out that the name Park is a very common last name in Korea and Rowell mistakenly used it as a first name seemingly without understanding that many Asian languages put the family name first. J.K. Rowling has faced similar backlash for creating a character named Cho Chang for Harry Potter.

Eleanor & Park currently has a film adaptation in the works and Rainbow Rowell has gone on to write popular LGBT romance novels like Carry On, Wayward Son, and Any Way the Wind Blows. She first began working with Marvel on her run 2017’s Runaways, which she took over with issue #32 in 2020.

Fans did enjoy her run and there have been no complaints about her characterization of Nico Minoru, the Japanese-American Wiccan, who is the team’s resident magic-user. However, fans are not ready to give Rowell a pass just yet and have taken to Twitter to share their feelings about Rowell’s continued platform.

“Its not new but the writer of Runaways, Rainbow Rowell, is a notorious racist who simultaneously fetishizes and completely degrades her asian characters in her book Eleanor and Park through orientalist racism, but white gays loveeeee ignoring this bc she made deanoru canon.”

Its not new but the writer of Runaways, Rainbow Rowell, is a notorious racist who simultaneously fetishizes and completely degrades her asian characters in her book Eleanor and Park through orientalist racism, but white gays loveeeee ignoring this bc she made deanoru canon 🙄 https://t.co/g52exIto2O

Some fans are already giving a hard pass on the new series which will follow Bruce Banner/ The Hulk’s cousin Jennifer Walters/ She-Hulk. Jennifer got her powers after a blood transfusion from Bruce but was able to control her transformation into She-Hulk without anger.

She will be getting her own series on Disney+ starring Tatiana Maslany (Orphan Black). Fans are hoping it will follow some of her most popular comic book arcs which involve her as a lawyer, working cases specifically tied to superheroes. Like Peter Parker/ Spider-Man suing J. Jonah Jameson.

One Twitter user karazorlls shared their excitement over the new She-Hulk series coupled with their disappointment that it will be written by Rainbow Rowell with the Dean Norris Happy, Angry reaction meme, saying:

she hulk new solo book but it's written by rainbow rowell pic.twitter.com/RM3tZ7HEML

Rowell, who has never apologized for the depiction of Park, told Marvel that:

“She-Hulk is the best of the best. She’s smart, she’s funny—and she’s really and truly heroic (all that and she has the best hair in comics). Jen has always been at the top of my Marvel wishlist, and I’m thrilled to be writing her next chapter.”

It is not clear at this time if the new She-Hulk series will feature Amadeus Cho / Brawn, the Korean-American superhero who has worked with She-Hulk in the past. Fans are expecting Amadeus Cho to make his MCU debut in the She-Hulk series so Marvel Comics could work him into Rowell’s comic book run. The show will also feature Mark Ruffalo as Bruce Banner and Tim Roth as Emil Blonsky AKA Abomination, who were both recently seen in Shang-Chi and the Legend of the Rings.

Let us know in the comments if you will be passing on the new “She-Hulk” series because Rainbow Rowell is writing it.