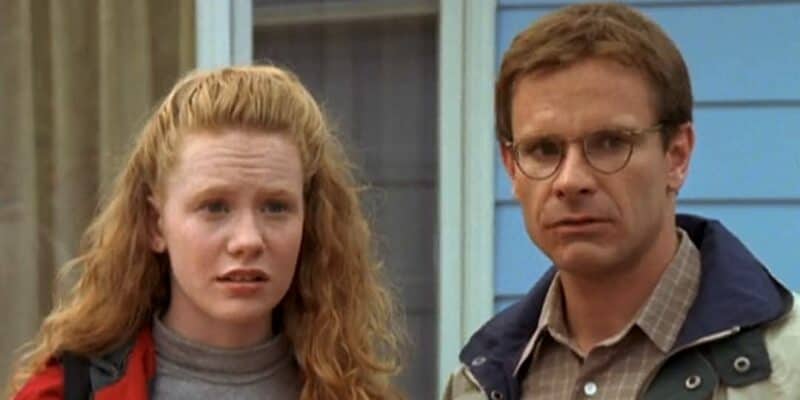 Hollywood legend Peter Scolari has passed away at the age of 66 after battling cancer for the last two years. Despite his illness, Scolari continued to work in the industry that he loved, most recently wrapping up filming on the second season of the television series Evil where he played Bishop Thomas Marx.

Over the years, Scolari has done a number of projects for Walt Disney Studios. He most famously took over the role of Wayne Szalinksi from Rick Moranis in the television series Honey, I Shrunk the Kids: The TV Show. The series also starred Barbara Alyn Woods as Wayne’s wife Diane, as well as Hillary Tuck and Thomas Dekker as the Szalinski kids Amy and Nick. The show ran from 1997 to 200, spanning three seasons and 66 episodes.

Honey, I Shrunk the Kids: The TV Show picks up where the popular films left off, featuring Scolari as Wayne Szalinski, the scientific genius who is still working hard at coming up with odd, but useful inventions. Unfortunately, things typically don’t go as planned and Wayne’s family typically has to deal with the consequences of the inventions and the chaos that ensues.

Right before becoming the wacky inventor Wayne Szalinski, Scolari starred in another incredibly popular Disney Channel show that still has a cult following — Gargoyles. Scolari voiced the character Preston Vogel — the personal assistant to Halcyon Renard, the founder, and CEO of Cyberbiotics.

While Scolari did work on a number of Disney projects, the actor was most widely known for his role as Henry/Hilde Desmond in the series Bosom Buddies, where he starred alongside Tom Hanks. The series ran from 1980 to 1982. Bosom Buddies featured Scolari and Hanks as two single men who work in advertising and dress as women in order to live in the only apartment building they can afford. Unfortunately, the building only rents to women.

After his work on Bosom Buddies, Scolari starred in a number of other films and television shows before landing the role of Michael Harris in Newhart — another role for which he would become widely known. Scolari also starred as Lena Dunham’s father in Girls, a role for which he won an Emmy.

Peter Scolari is survived by his wife Tracey, and his children Nicholas, Joseph, Keaton, and Cali.

Please join us in sending our deepest sympathies to the family and friends of Peter Scolari.