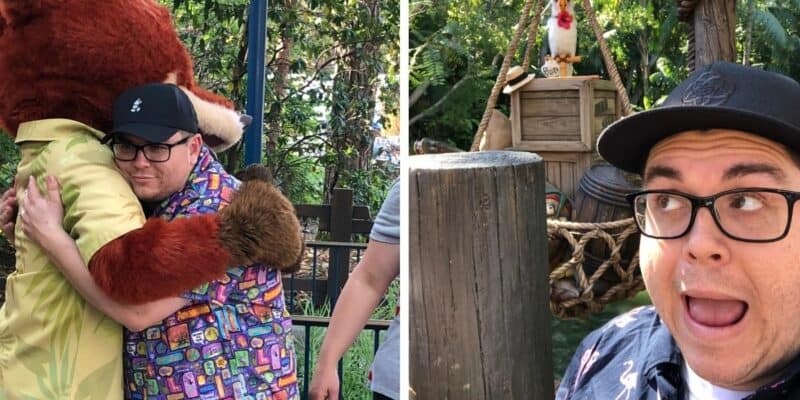 As we have heard, the Walt Disney Company is moving thousands of jobs from California to Florida, and it seems that the decision to leave home or keep their job has been an impossible one to make for many.

Back in July, Orlando Business Journal confirmed that Disney would relocate approximately 2,000 jobs from the California headquarters to Lake Nona (a master-planned community in Orlando, FL) over the course of the next 18 months, from that point.

Although this change is going to be great for the Lake Nona economy, which is an up-and-coming area in the Orlando area, asking many to say goodbye to their home and travel across the country was a big feat, and not everyone is complying. Imagineer Kevin Lively has just opened up on how he is hanging up his Mickey Mouse ears for now after deciding to stay in California.

The Tweets from Story Editor Kevin (@Livelyland) came in succession. Below, we will post the entire thread in a continuous paragraph, as Kevin intended to write.

After 14 years at Disney, I’m going to be hanging up my mouse ears. I never thought I’d be stepping away, but sometimes life throws you a curveball. In June we learned that Imagineering would be relocating to Florida. My wife and I looked long and hard at the possibility, but we just couldn’t make it work with family and finances here in California. I held out hope that something might change that, but about a month ago I received official word that my role would be locating.

When someone puts an end date on something you love as much as I love what I do, it can feel like your world is crumbing in around you. I’ve been taking it really hard. For that reason I’m going to be stepping away to focus on some pretty cool opportunities that can keep us in here in our home state. I’m speechless by the outpouring of love and support from friends, mentors, colleagues and leadership. They’ve made it abundantly clear that this door isn’t shutting and support my stepping away for a while. I’ve been spending the last month or so making sure all my projects are set up for success without me, and I can’t wait for you all to see what we’ve been cooking! Disney has literally made my dreams come true.

They sent me to Japan to represent the original Jungle Cruise. I got to write for and play an X-Wing pilot for Hyperspace Mountain. I’ve been blessed enough to vocal direct some amazing talent – people I grew up idolizing! I was on stage infront of some crazy awesome audiences to celebrate Jungle Cruise and Haunted Mansion with you all. I helped launch a major motion picture with the biggest star in the world. And I got to work with the Muppets!

That’s just scratching the surface. But most importantly I’ve been able to follow in the footsteps of certified legends and was honored to carry on Walt’s legacy. I had a pretty good run. In the end, I’m still going to be Imagineering’s biggest fan. We have some of the world’s best creative talent that I had the pleasure to call my friends. In closing, we’re in a pandemic. Please, whatever you do, in addition to taking care of your physical health, please be sure you’re taking care of your mental/emotional health.

After 14 years at Disney I’m going to be hanging up my mouse ears. I never thought I’d be stepping away, but sometimes life throws you a curveball. In June we learned that Imagineering would be relocating to Florida. My wife and I looked long and hard at the possibility, but we pic.twitter.com/YRUlwwh6G1

Lively ended the long Twitter thread with a simple “Kungaloosh!”, the official greeting of the Adventurers Club, which once resided in Downtown Disney (now, Disney Springs).

From Kevin’s Tweet along, we can see the massive amount of projects he has worked on to help create the magic Guests at Disney Parks around the world get to experience. We previously wrote about what others thought about this massive move to relocate so many. Although some were happy to see the economic boost and great minds join the state of Florida, many recognized what an enormous deal and ask this was for those who would need to relocate.

What do you think of Disney’s decision to relocate so many across the country?