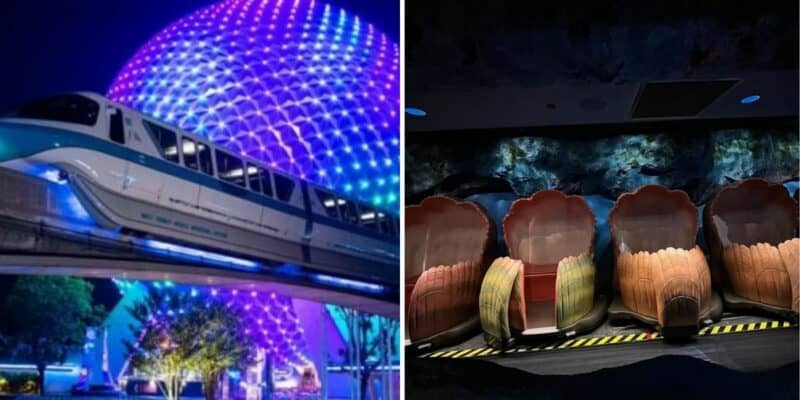 When you go to Walt Disney World Resort, you typically would expect to come home with fantastic memories that will last a lifetime. With so many attractions to ride and different foods to eat, there are many magical ways to spend your day! That being said, we tend to forget that Disney World, although based in a world of fantasy, is really in our reality, and things can go wrong.

As we noted, Disney World has many attractions across all of its theme parks. With so many rides which utilize a ton of technology, it is not uncommon for an attraction to break down. In fact, we tend to see this happen quite often as rides temporarily close all of the time.

When an attraction temporarily closes, the queue for that ride will be shut down, and it will be displayed as such on your My Disney Experience app. There will also be Cast Members at the attraction entrance letting Guests know the same. There are also times when an attraction may break down while Guests are aboard, and Disney is unable to bring them back to the loading dock. When this happens, Guests must evacuate the attraction.

Recently, Disney Instagrammer’s the Disney Couple (@disneycouple) were at EPCOT riding The Seas with Nemo & Friends when the attraction broke down. Inside the Magic spoke with the Disney Couple, who explained what happened in greater detail:

We were 3 people away from getting on the ride, and it suddenly stopped. We saw them resetting/rebooting the ride a couple times, but it was still trouble shooting. We got escorted around this side exit to the aquarium. There were techs on the floor with an open panel where the exit conveyor belt is, I’m guessing a malfunction there.

Luckily, this attraction is an easy one to evacuate as it is level with the ground and not on water like Pirates of the Caribbean or Splash Mountain. The attraction ended up shutting down for a little while but then reopened that same day for Guests after the malfunction was corrected.

Related: Test Track Had an Emergency Evacuation This Past Weekend

A Fin-tastic Adventure
Board a “clamobile” and descend slowly below the waves, where Nemo’s friends flit through brightly colored coral reefs and gently swaying anemones. Dodge stinging jellyfish, underwater mines, a toothy anglerfish and an even toothier Bruce the shark.

Explore the Aquarium
Once your underwater adventure ends, encounter an ocean of fun in The Seas with Nemo & Friends Pavilion. Get close up with clown fish, sharks and more in the massive 5.7-million-gallon saltwater aquarium they call home.

Have you ever been evacuated from a Disney attraction in your life? Let us know in the comments below!