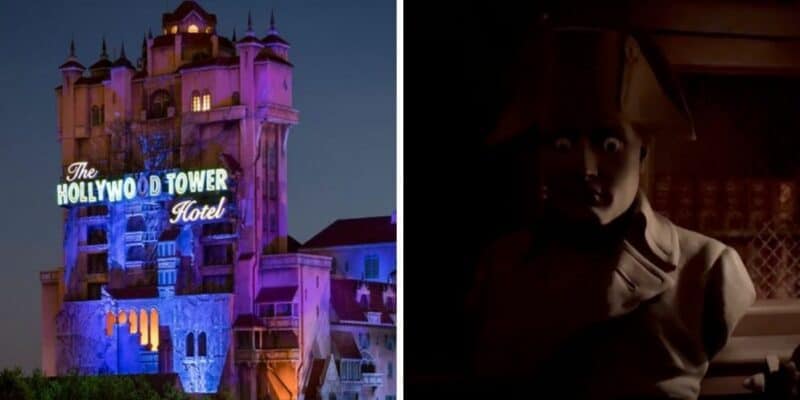 The Tower of Terror at Disney’s Hollywood Studios is a popular ride that gives Guests a thrilling, yet unique, experience. If you have never experienced the ride, it drops Guests directly into the Twilight Zone every few seconds, but not before Guests walk through an abandoned hotel lobby, setting the mood and transporting Guests into the storyline.

When Guests walk through the queue, they must go through the abandoned hotel lobby, filled with dust and spiderwebs. Once through the lobby, Guests will enter a room, which is where the pre-show takes place. This room is filled with antiques and even props from The Twilight Zone television show.

Well, on a recent trip, Guests noticed that one of the antiques within this room had a terrifyingly odd addition.

We do not know if these were placed there on purpose by a Cast Member or if someone else placed them there when no one was watching. If that is the case, and a Cast Member did not place the eyes on the statue, we want to remind Guests that vandalism is prohibited. For a list of rules and regulations at Walt Disney World, visit the official website here.

Have you been on Tower of Terror recently? Did you notice the googly eyes on the statue? Let us know in the comments below.