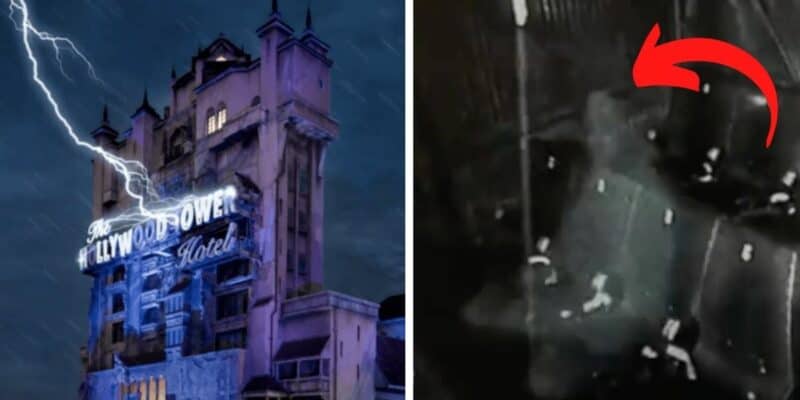 If you have ever been to Disney’s Hollywood Studios, there is a likely chance you have ridden The Twilight Zone Tower of Terror. Tower of Terror looms at the end of Sunset Boulevard and instantly gives Guests an eerie feeling.

The closer you get to the attraction, the more you know that something terrible has happened. The landscaping is abandoned, the Cast Members are in character, warning you that you are in danger, the music gives your the chills, and inside, things have not been looked after for years.

Disney describes the attraction’s story as:

In the ride, we see that the family, who was electrocuted on the service elevator, are now ghosts in another dimension, which made me wonder — is the Tower of Terror haunted?

There has been an old folk-tale about the attraction that revealed a Cast Member bellhop passed away right in front of the Guests after loading them on platform D. Rumors have swirled that the death was heart attack induced. Still, there are no reports or confirmation of this death actually happening.

It is now a tale that when the lights flicker around platform D or the ride malfunctions, it is the passed-on bellhop who is making himself known. Again, this is just a folk tale, but many have noted eerie instances in the past.

In California, before the attraction at Disney California Adventures became Guardians of the Galaxy – Mission: Breakout!, it was Tower of Terror as well. There was a video of possible ghost spottings on the ride during a maintenance check, but all it was removed off of many platforms after being uploaded. Luckily, during a personal search, I saved the video and was able to see the shot.

If you take a look at the below video (made by yours truly), you will notice that at one point, aspirations are appearing during the test ride. When looking into this deeper, I thought that it likely was just the camera roll rubbing an image from a Guest from the previous day onto the footage from the testing, but that is just speculation.

If you want a closer look at one of the apparitions, take a look below.

That being said, that video may very well be real! Of course, we will never be able to prove the sighting further, but knowing that multiple Tower of Terror attractions have spooky stories will likely add to the chilling experience the next time you ride!

Do you think the Tower of Terror is haunted? Let me know in the comments below!