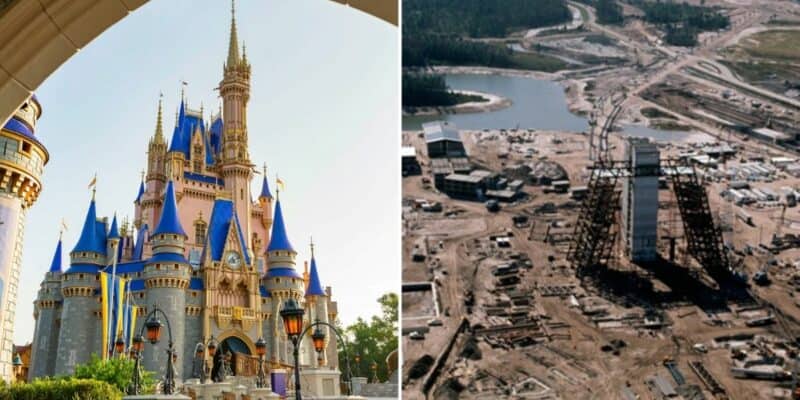 Back in the sixties, after the successful launch of the Disneyland Resort in Anaheim, California, Walt Disney World was announced and then opened in 1971 — five years after Walt Disney’s death. The family who owned the land that Disney bought have spoken about selling their property and the moment they realized it was going to be Disney World.

This week marks the 50th anniversary celebration of the Walt Disney World Resort in Florida. A home to many, Disney World is one of the most beloved vacation destinations of all time. Boasting four theme parks — Magic Kingdom, EPCOT, Disney’s Hollywood Studios, and Disney’s Animal Kingdom — as well two water parks in the form of Typhoon Lagoon and Blizzard Beach, AND the Disney Springs retail and dining area, the Resort is truly a marvel in themed entertainment.

Soon about to celebrate The World’s Most Magical Celebration for 18 months beginning on October 1, Walt Disney World will welcome Guests from all around the globe to mark this momentous occasion in Disney theme park history. From Star Wars to the Remy’s Ratatouille Adventure attraction, Disney World really has come a long way since its inception 50 years ago.

The Disney Resort was initially called “The Florida Project” in-house, and to stave off any speculation, Disney used many dummy corporations to acquire the land around Bay Lake in Central Florida. It wasn’t until 1965, when Orlando Sentinel editor Emily Bavar went to Anaheim and uncovered the mystery project in Florida was most likely orchestrated by Disney. After the publication of the Sentinel piece, Disney and Florida Governor Haydon Burns confirmed the story in October 1965.

And the rest, they say, is history.

But, looking back, it’s hard to imagine the amount of construction, time, effort, and Imagineering it took to make the Walt Disney World Resort the vacation destination it is today. Before all of it, the site of the Magic Kingdom and the other Disney theme parks was nothing but acres and acres of land owned by the Demetree family.

Courtesy of FOX35 Orlando, we can take a trip down memory lane to get an insight into what it was like for the Demetrees to realize they had sold their land to Walt Disney.

“12,500 acres. My father, with a group of businessmen, decided they would spec some land,” Mary Demetree said. “After they spent a year making mortgage payments on it, they said, what the hell did we buy this land for?”

The article goes on to note Disney’s vision upon seeing the land:

Walt Disney saw things that others could not though. Land in this area of Central Florida was the first thing he needed to buy and the land owned by the Demetree family was one of the first properties bought by Walt, Mary explained.

“The reason it was one of the first ones is because Walt Disney literally was flying over the land looking at Ocala. And when he came over to Orlando, he saw the wetlands on our property and said that’s ‘Tom Sawyer’s Island,’” she said. “So, what was lemons for us was lemonade for Walt Disney.”

FOX35 delves deeper into how the transaction of the property came to fruition, detailing that at the time, the family had no idea they were dealing with Disney:

When the Demetree family was approached about their land, they were ecstatic. However, the family had no idea who was buying it because everything was dealt with through attorneys. Mary said her dad eventually started wondering who was making the purchase.

But then Bavar’s story broke in the Sentinel, and all was unveiled:

“The newspaper sent a reporter out to Anaheim and said, ‘don’t leave Anaheim until you crack this story, we think it might be Disney,’” Mary said. “I didn’t even realize the depth of what was happening until the morning of opening up the newspaper.”

The World’s Most Magical Celebration will be marked with many new theme park additions including a new nighttime spectacular — Disney Enchantment — that will replace the beloved Happily Ever After.

It really is Walt Disney World.

Are you visiting Walt Disney World for the 50th anniversary? Let us know in the comments!