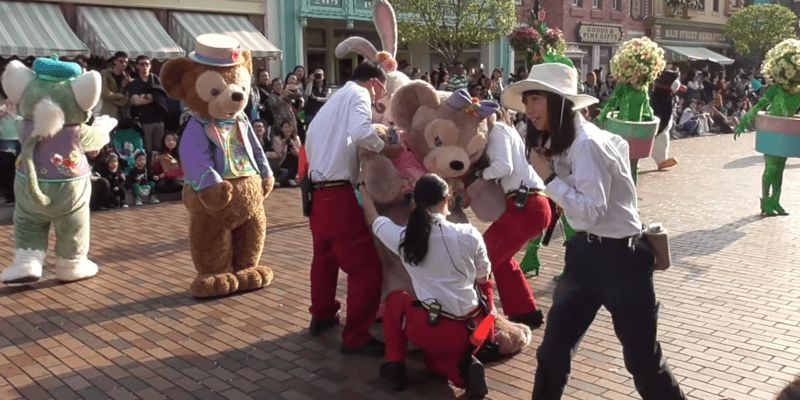 The Disney Parks are filled with magical offerings that are like nothing you have ever seen before. From stage shows to parades to nighttime spectaculars, the entertainment truly is unique. However, sometimes things do not go as planned.

During a parade at Hong Kong Disneyland in 2018, one of the Disney characters, unfortunately, fainted on stage and in front of Guests.

A YouTube video, which was taken in March of 2018, shows the unfortunate incident unfold.

If you skip ahead to about the 4:30 mark, you will see ShellieMay begin to act as if something is wrong as she is seen randomly squatting as if she can no longer stand up. She then stands up and attempts to continue, but it’s not long before he then hunches over again and stands still.

It’s not long before she completely falls over and Cast Members rush to her assistance as they help her out of the parade and offstage to get her the help that she needs.

You can check out the full video here:

We do want to note that the Cast Members are trained to help in case of an emergency, such as this one. The Cast Members that were on-site to help ShellieMay off-stage and to safety acted extremely quickly and recognized something was wrong almost immediately.

Please note that Disney Cast Members and security officials are always at the theme parks in order to maintain a safe environment as much as possible. If you ever witness unusual activity, or if you are ever concerned when visiting one of the Disney Parks, be sure to find the nearest Cast Member or report your issue with Guest Relations, located in each of the Disney Parks.