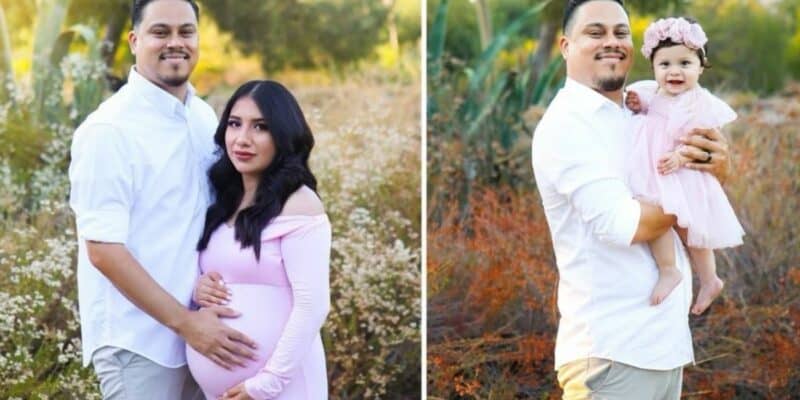 Last summer, Disneyland Resort Cast Member, Yesenia Lisette Aguilar, passed away after being hit by a drunk driver on the night of Wednesday, August 12. She was 23 years old and eight months pregnant.

Now, approximately 14 months later, her husband is sharing a touching tribute to honor his late wife and to celebrate the life of his daughter.

The Anaheim Police Department told the NY Daily News that Aguilar was walking with her husband at 7:30 p.m. on August 12 near Disney California Adventure theme park when a Jeep jumped the curb and hit her. Aguilar passed away on scene.

The driver was later identified as Courtney Pandolfi, 40, a resident of Garden Grove, and was under the influence when driving the Jeep. It was later confirmed Pandolfi also had two previous DUI arrests on her record.

After being rushed to the hospital, Aguilar gave birth to her daughter via caesarian. The daughter survived and is currently living with her father, and Aguilar’s husband, James Alvarez.

Now, more than a year after losing his wife, James Alvarez is celebrating the life of his daughter and memory of his wife with a touching photo shoot.

“I believe my daughter is a true definition of a miracle,” Alvarez said in an interview with Good Morning America.

Leyva took Alvarez and his daughter to the same exact location of the park, and around the same time of day, of the original maternity photoshoot, which is a spot Alvarez had not been to since his wife’s passing.

“It was just it kind of like, in a sense, like, she wasn’t gone. She was there with me,” he said.

Alvarez told Good Morning America that he has saved many of his late wife’s belongings so his daughter can have memories of her mother.

“When my daughter is old enough to understand, I can show her all those beautiful items, memories, so she can kind of have an idea of who she was really was,” he said.

Alvarez is now involved with a nonprofit organization in California called MOMS Orange County that is dedicated to newborn and pregnancy health.