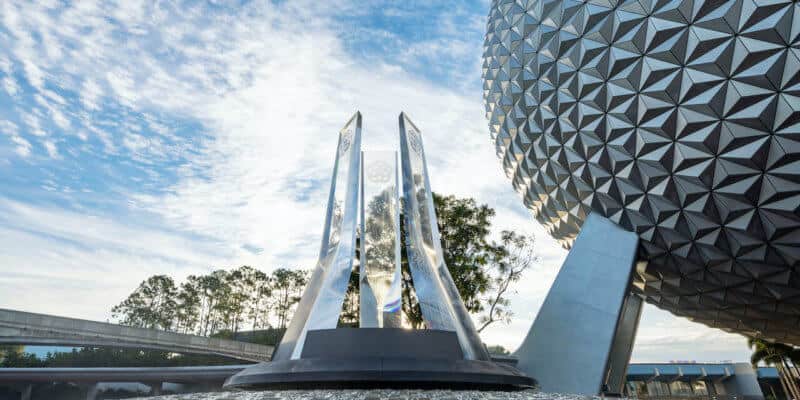 Inside the Magic is saddened to report that one Disney Park Guest, who was visiting EPCOT on Saturday, has passed away after a medical issue call.

On Saturday evening, first-responders arrived at Disney World’s EPCOT theme park after receiving a medical call for a Guest visiting the theme park. Robert Ostrem, who was visiting Disney World from West Islip, N.Y., was later pronounced dead at AdventHealth Celebration Hospital, according to Orlando Sentinel. He was 66 years of age.

Other EPCOT Guests, who saw the incident occur, took to social media to share what they saw Saturday evening and shared their thoughts and prayers to those involved. The area where the incident occurred (which was in the Future World section at the EPCOT theme park) was blocked off with yellow caution tape after police officers and first responders were called to the scene.

Orlando Sentinel reported that, according to the Orange County Sheriff’s Office, authorities first arrived at EPCOT near Spaceship Earth in Future World around 8:30 p.m. Saturday evening. No foul play was suspected and the medical examiner’s office has said Ostrem died of natural causes stemming from heart problems.

This unfortunate incident occurred at EPCOT during a very busy spring break. In fact, all of the theme parks at Walt Disney World this past weekend had no Park Passes available, meaning the parks had reached their limited capacity limit. Walt Disney World is expected to continue the same crowd levels for the remainder of March as right now, there is very limited availability for Park Passes.

Orlando Sentinel said that Disney referred all comments regarding the unfortunate situation to the sheriff’s office on Sunday. Inside the Magic will continue to update you as we get information.

Our thoughts and prayers go out to the family and those involved in this unfortunate situation.