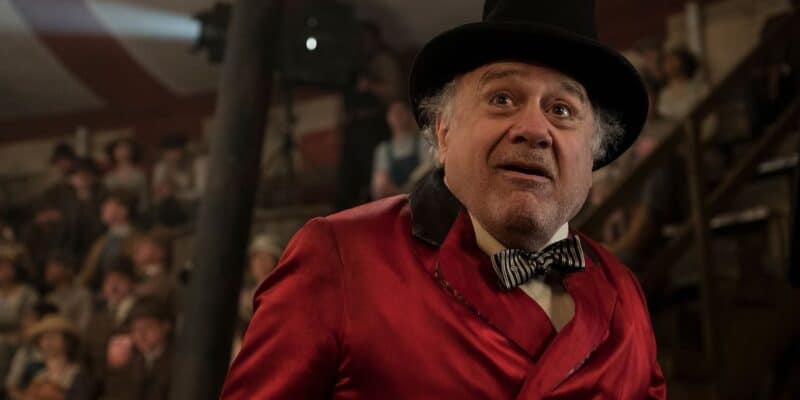 It has been announced that Danny DeVito will be joining the cast of Disney’s upcoming reboot of the fan-favorite movie The Haunted Mansion directed by Justin Simien and Katie Dippold.

Danny DeVito, who is adored by fans has appeared in many movies and television shows throughout his career. DeVito’s most notable Disney role was being the voice actor for Phil in Disney’s Hercules (1997). DeVito has also had roles in movies such as Mr. Wormwood and the Narrator for Matilda (1996), the voice of the Lorax for The Lorax (2012), Max Medici in Disney’s live-action remake of Dumbo (2019), and Eddie in the reboot of Jumanji (2019), to name a few.

DeVito’s natural humor will fit perfectly into place as he plays the role of a smug professor while in the Haunted Mansion, as there will be plenty of tricks and spooks made on the unfortunate guests by the 999 Happy Haunts among other residents of the Haunted Mansion.

Other actors that are in the cast for Disney’s The Haunted Mansion include Owen Willson, Tiffany Haddish, LaKieth Stanfield, and Rosario Dawson to name a few.

Although Disney has kept the description of the film under wraps, The Hollywood Reporter has stated:

The film follows a mother and her son who come across a mansion that is more than it seems while being orbited by various characters key to undressing the spooky mystery.

Along with the specific plot of the movie being kept quiet, a release date has also not been announced for the film. More information regarding The Haunted Mansion film should be released in the near future.

Disney’s The Haunted Mansion is gearing up to be a family favorite movie filled with spooky fun and plenty of humorous haunts.

Are you excited to watch the reboot of The Haunted Mansion? What do you think Danny DeVito’s role will be like? Let us know in the comments!