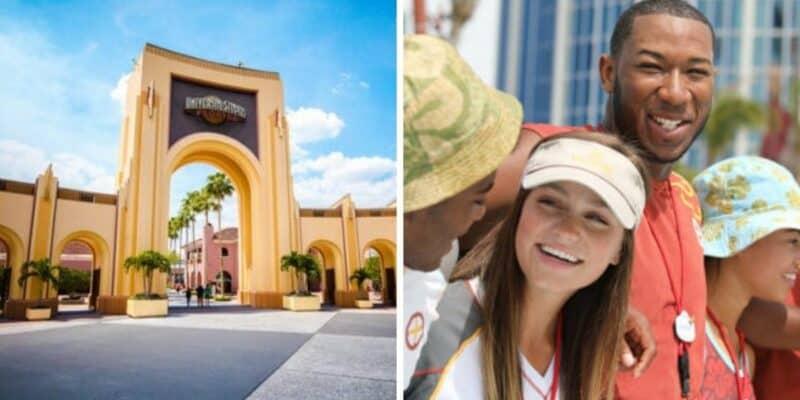 Both Images Credit to Universal

According to a report from the Orlando Sentinel, the Universal Orlando Resort has updated the dress code policy for its Team Members to be more inclusive.

Related: Universal Warns Fans They Will Be Blocked If They Don’t Like E.T.

Recently, we discussed a big change in the Team Member dress code at Universal Studios Japan. Some of these changes included removing the “male” and “female” labels for the uniforms and allowing employees of all genders to wear any uniform style. Now, as confirmed by the Orlando Sentinel, the Universal Orlando Resort has also made substantial changes to its dress code as well.

“Universal Orlando is relaxing its employee dress code to allow team members of all genders to have visible tattoos and wear makeup and nail polish, according to a copy of the new policy provided to the Orlando Sentinel.”

These changes are similar to the changes we saw made to the dress code at Disney Parks earlier this year. The changes to the Disney Cast Member dress code included allowing visible tattoos, gender-inclusive hairstyles, nail polish, and more. You can read about all of those changes here.

There is no word on if these changes to the dress code will be implemented at Universal Studios Hollywood at this time.

The Orlando Sentinel elaborated with more detail on what the dress code changes at the Universal Orlando Resort involve, stating:

“Previously, the company did not allow visible tattoos for employees who directly interacted with guests, and workers with tattoos had to cover them. Male employees were not allowed to wear makeup outside of specific entertainment positions and were only allowed to wear clear nail polish, the employee handbook showed.

The updated tattoo guidelines are the most elaborate of the three. Prospective team members must disclose potentially visible tattoos during their job interviews, and the tattoos cannot be on their face, neck, head or hands, with the exception of a single band in place of a wedding ring.

Applicants applying to jobs that involve interacting with guests can only have tattoos smaller than their “closed, extended hand” that do not include content that is “offensive, controversial, or contradictory to the brand of Universal,” the guidelines say. There is no limit to the number of employees’ visible tattoos, but tattoo sleeves are not allowed and team members with sleeve-like tattoos must cover them.”

These changes should not detract or take away from the immersive experiences offered at the Universal Orlando Resort.

Let us know how you feel about the changes to the Universal Orlando Resort Team Member dress code in the comments below.

Want to book a Universal Resort vacation? We can help, click here for more information.