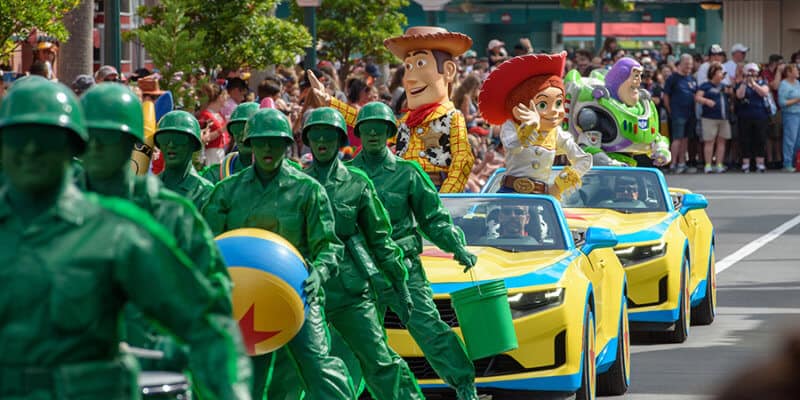 Hollywood Studios Guests were in for a surprise today when one of the cavalcades at the theme park was suddenly canceled.

Typically when Guests visit Disney’s Hollywood Studios, Guests can see cavalcades make their way down Hollywood Boulevard and through part of the Park. These cavalcades include the Disney Junior Motorcade, the Mickey and Friends Motorcade, and the Pixar Pals Motorcade.

Today, we were visiting Disney’s Hollywood Studios where we noticed Guests were lined up along Hollywood Boulevard waiting for one of the early showings of the Pixar Pal Motorcade (which is not too surprising). However, a Cast Member soon made an announcement on the loud speaker that informed Guests “due to unforeseen circumstances”, the Pixar Pals cavalcade was cancelled.

At this time we do not know why the cavalcade was canceled, but another Disney Cast Member was overheard telling Guests this rarely happens. The Pixar Pals Motorcade was supposed to take place at 10:45 a.m. on September 30.

Typically, the Pixar Pals Motorcade takes place multiple times per day and features some of our favorite Pixar friends including Sulley from Monsters, Inc. and Monsters University, Woody, Jessie, and Buzz Lightyear from the Toy Story franchise, and Mr. and Mrs. Incredible and Edna Mode from The Incredibles and The Incredibles 2.

We can now confirm that the 11:45 a.m. Pixar Pals Motorcade went on as scheduled with no noticeable changes so it seems whatever the issue was pertaining to the first showing was resolved.

Are you in Hollywood Studios today? Have you ever witnessed a cavalcade get canceled last minute? Let us know in the comments below.