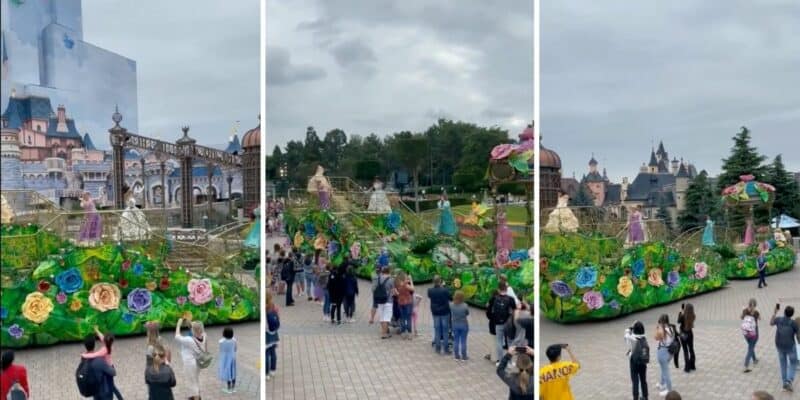 One of the best things about watching any parade, cavalcade or firework show, or performance at the Disney Parks is that the music is always super catchy!

At the moment, a majority of the Disney Parks have replaced their daily parade with multiple cavalcades due to the ongoing pandemic, and even though they may last for a few moments, the music is always something that has any Guest wanting to dance. Now, it looks like one Disney Park is debuting an all-new cavalcade song, and it is awesome!

Disneyland Paris is celebrating Disney’s Ultimate Princess Celebration with a brand-new song for their Princess cavalcade! The song is titled “Starting Now” and is sung by pop sensation and actress Brandy. The song references all of the Disney princesses and gives them their own sense of strength while having Guests bobbing along to the beat.

Below, we can see the song in action during its debut from DLP Report (@DLPReport) on Twitter.

NEW music for the Princesses Cavalcade, debuting for the Ultimate Princess Celebration

👑 NEW music for the Princesses Cavalcade, debuting for the Ultimate Princess Celebration 🔈 pic.twitter.com/qEnBoOnKlY

As explained by D23, the Ultimate Princess Celebration is:

The Walt Disney Company today announced the launch of the Ultimate Princess Celebration, a yearlong event spotlighting the courage and kindness these Disney heroines inspire in fans all around the world. From Cinderella’s generosity and Belle’s ingenuity to Mulan’s selflessness and Moana’s adventurous spirit, Disney is honoring these strong women through music, experiences, products, and a campaign to give back to children around the country.

We can also see the princesses performing new choreography to the song in the cavalcade, which is all timed perfectly. Even though this may not be a parade, the new music will give Guests something to look forward to, even if they have seen the cavalcade in the past! We recently shared some behind the scenes of Brandy recording this song for the Ultimate Princess Celebration, which you can learn more about here.

If you want to check out the full song, take a listen below!

What do you think of the new cavalcade music at Disneyland Paris? Let us know in the comments below.