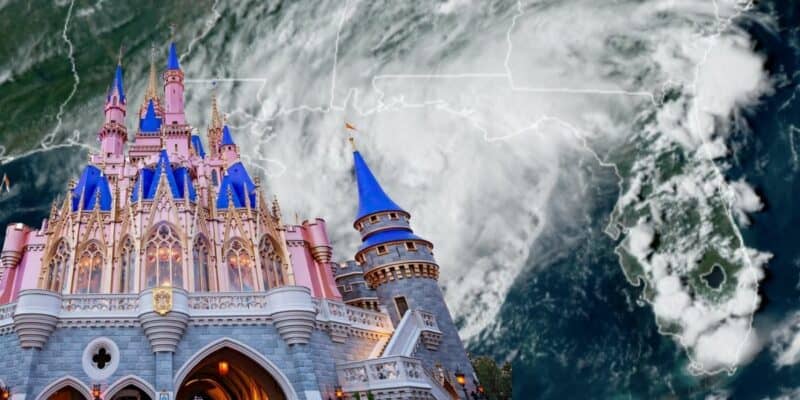 The National Hurricane Center has been watching out for a system forecast to pass over Florida this week, which was predicted to become the next tropical storm of the season as the system moved closer to the United States.

Now, as of Wednesday evening, the system is near the Gulf of Mexico and has officially been declared a tropical storm. The National Hurricane Center posted warnings for the Florida panhandle.

The good news is it seems Mindy’s path has shifted slightly and does not appear it will directly hit the Orlando area, home to popular theme parks such as Disney World and Universal Orlando. Instead, it seems Tropical Storm Mindy will hit the North-end of Florida.

Inside the Magic will continue to follow the storm’s path and keep you updated as we get information. Again, if you are planning a trip to Walt Disney World or any other Orlando theme park in the near future, even though it seems Tropical Storm Mindy will not hit the Orlando area, shifts in paths can occur at any moment so make sure to keep an eye on the latest models and plan accordingly.

We do want to note that both Walt Disney World and Universal Orlando are highly equipped to deal with tropical storms and hurricanes, and Guests will be safe staying on an on-property Resort if a tropical storm or hurricane ever does hit the area.

Are you traveling to Florida in the near future? Do you have plans to visit Walt Disney World or Universal Orlando? Let us know in the comments below.