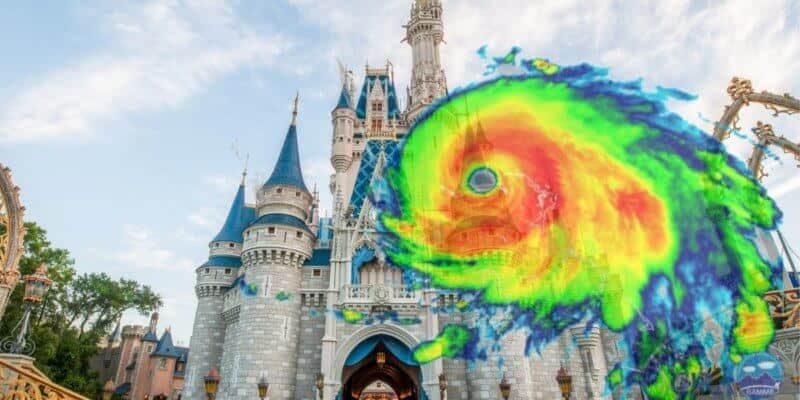 With Universal Orlando Resort and Walt Disney World both located in Central Florida, unpredictable weather is a given. It is the trade-off for the theme parks to operate year-round without the threat of snow. But, of course, there are downfalls to having a Florida-based theme park, and that is hurricanes.

Florida sits between the Gulf of Mexico and the Atlantic Ocean, which means that the state typically feels any tropical storm that occurs in either area in some capacity. Typically just heavy rains and wind. During the summer months through to early fall, Florida experiences hurricane season, and this year is predicted to have an above-normal hurricane season.

The National Oceanic and Atmospheric Administration (NOAA) provides these statistics and claims a 70% confidence level in making these predictions.

NOAA forecasters have slightly decreased the likelihood of an above-normal Atlantic hurricane season to 60% (lowered from the outlook issued in May, which predicted a 65% chance). The likelihood of near-normal activity has risen to 30% and the chances remain at 10% for a below-normal season.

The NOAA also noted that the Tropics are becoming more active with possible hurricane-causing disturbances.

There are several atmospheric and oceanic conditions that still favor an active hurricane season. This includes La Niña conditions, which are favored to remain in place for the rest of 2022 and could allow the ongoing high-activity era conditions to dominate, or slightly enhance hurricane activity. In addition to a continued La Niña, weaker tropical Atlantic trade winds, an active west African Monsoon and likely above-normal Atlantic sea-surface temperatures set the stage for an active hurricane season and are reflective of the ongoing high-activity era for Atlantic hurricanes.

Lucky for Walt Disney World and Universal Orlando Resort, both Resorts are in Central Florida, protecting them from the dangers of being on the Florida coast. However, depending on the strength of the hurricane or tropical storm, the weather can end up severely affecting the theme parks and Guests visiting.

You may remember theme park closures and some damage inside the theme parks for Hurricane Irma back in 2017.

Both theme parks are highly equipped to deal with hurricanes, and Guests will be safe staying on an on-property Resort. There is always the chance that a theme park will close completely in the case of a hurricane, which we have seen Disney do on multiple occasions. But with Cinderella Castle being hurricane-proof, Guests can be assured that their hotel rooms are too!

For those traveling to Orlando in the near future, be sure to keep an eye out on the weather forecast so that you can properly pack for your trip! Whether or not you encounter a hurricane or tropical storm, you are almost guaranteed to see rain, so having ponchos or an umbrella will save you a tonne of money!

Have you ever experienced a hurricane while on a Universal or Disney vacation? Let us know in the comments!