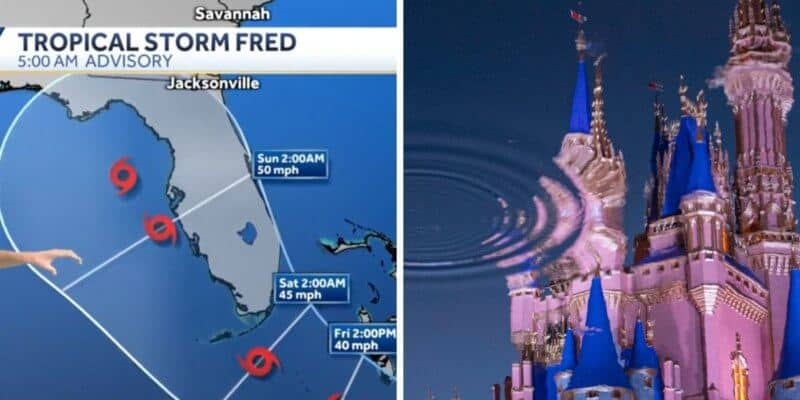 Yesterday morning, we reported that forecasters with the National Hurricane Center said Tropical Storm Fred is likely to form as it continues making its way towards Florida.

Now, the Tropical Storm has officially formed, and it is continuing its path towards Florida.

According to forecasters with the National Hurricane Center, Tropical Storm Fred formed Tuesday night with Florida still in its cone. The storm is expected to bring heavy rains and winds across Puerto Rico and over Hispaniola on Wednesday.

On the forecast track, the disturbance is expected to pass near the southern coast of Puerto Rico, and on Wednesday, it should be near or over Hispaniola. Forecasters say it will also be near the southeastern Bahamas and the Turks and Caicos Islands on Thursday.

When looking at the most recent model, Orlando is still in Tropical Storm Fred’s path, though it is important to keep in mind that the storm can change paths or change strength by the time it hits Florida. With all of this being said, if you have an upcoming vacation to Florida, make sure to follow along with Tropical Storm Fred so that you can plan accordingly.

Inside the Magic will continue to follow the storm’s path and keep you updated as we get information. Again, if you are planning a trip to Walt Disney World or any other Orlando theme park in the near future, make sure to keep an eye on the latest models as we approach the weekend and plan accordingly.