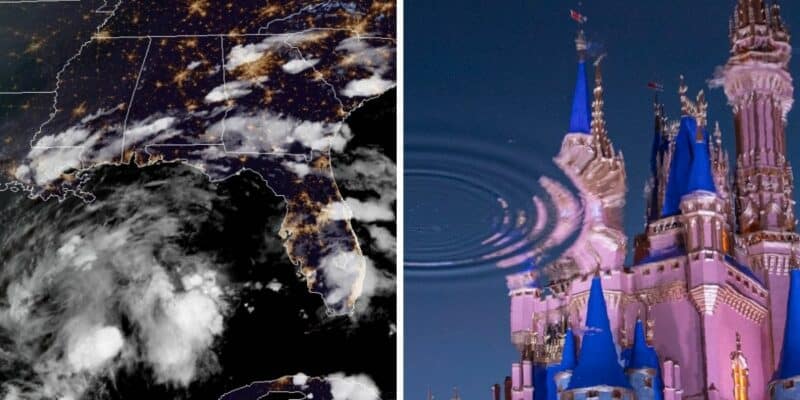 Yesterday, we reported that the National Hurricane Center is currently watching out for a system forecast to pass over Florida this week, which could become the next tropical storm of the season, and that those odds continue to increase as the storm moves closer to the United States.

Now, the National Hurricane Center is reporting the disturbance has a “medium chance” of becoming the next tropical depression.

Last night, the National Hurricane Center took to Twitter to share an update on the disturbance, explaining that it now has a “medium” chance of becoming a tropical or subtropical depression:

8 PM EDT: A disturbance over the south-central Gulf of Mexico has a medium chance of becoming a tropical or subtropical depression as it nears the northern Gulf coast Wednesday night or Thursday #AL91 http://hurricanes.gov

8 PM EDT: A disturbance over the south-central Gulf of Mexico has a medium chance of becoming a tropical or subtropical depression as it nears the northern Gulf coast Wednesday night or Thursday #AL91 https://t.co/tW4KeFW0gB pic.twitter.com/iErloaf2VZ

As of 5 a.m. on September 8, according to Orlando Sentinel, “a surface area trough associated with thunderstorms and showers over the Gulf of Mexico has a 50% chance of developing in the next 48 hours but stands a decent chance of forming in the Gulf later today with more favorable conditions, the NHC said”.

“Regardless of development, areas of heavy rainfall will be possible across portions of the Florida panhandle and southern Georgia through Thursday, with localized flooding possible,” said NHC hurricane specialist Daniel Brown.

If a tropical storm does develop, it will take on the name Mindy and will be the 13th storm of the season.

Florida recently dealt with Tropical Storm Fred and Hurricane Elsa earlier this season — neither of which did major damage to the Orlando theme park area.

Inside the Magic will continue to follow the storm’s path and keep you updated as we get information. Again, if you are planning a trip to Walt Disney World or any other Orlando theme park in the near future, make sure to keep an eye on the latest models and plan accordingly.

Are you traveling to Florida in the near future? Do you have plans to visit Walt Disney World or Universal Orlando? Let us know in the comments below.

Comments Off on Possible Tropical Storm Has Higher Chance of Developing, Heads For Florida