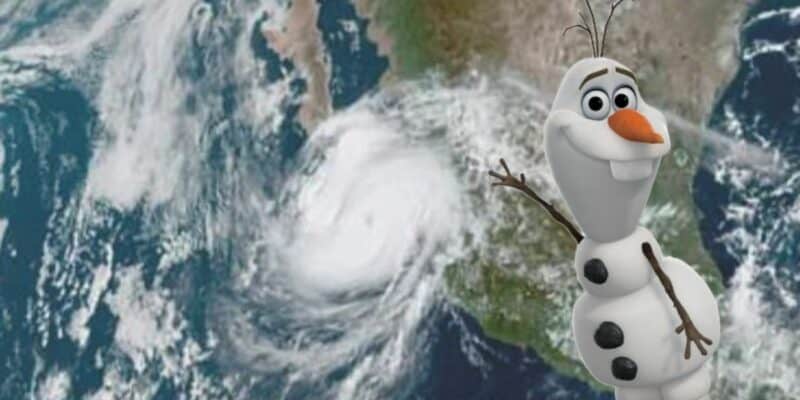 Earlier this year, Hurricane Elsa made headlines as the storm passed over Florida, which is home to the popular Disney theme park, Walt Disney World.

Many took to social media to share memes of Hurricane Elsa hitting Walt Disney World due to the irony of the storm name and its path.

Now, another hurricane has just formed and took on another Frozen character’s name.

Josh Gad, known for voicing Olaf in the Frozen franchise, took to Instagram to share a screenshot of the newly formed Hurricane Olaf, wondering why the Tangled cast was not available for storm naming:

What the hell? Was the Tangled cast not available for storm naming?

Hurricane Olaf is the second storm this year to be named after a Frozen character, the first being Hurricane Elsa, which we mentioned earlier.

We do want to note that Hurricane Olaf is not headed for Florida, unlike Hurricane Elsa, and instead is on its way toward Mexico’s Los Cabos resorts. According to ABC:

The U.S. National Hurricane Center said the area could see hurricane-force winds and very heavy rain on Thursday afternoon and into the night.

The resorts would normally be full of tourists, but with the COVID-19 pandemic, hotels were only at about one-third of their capacity.

The Hurricane Center said Hurricane Olaf is likely to strengthen as it nears the coast. If you are in the area, please stay safe and take any necessary precautions as the storm heads towards landfall.

Make sure to follow the National Hurricane Center for the most up-to-date information regarding Hurricane Olaf.