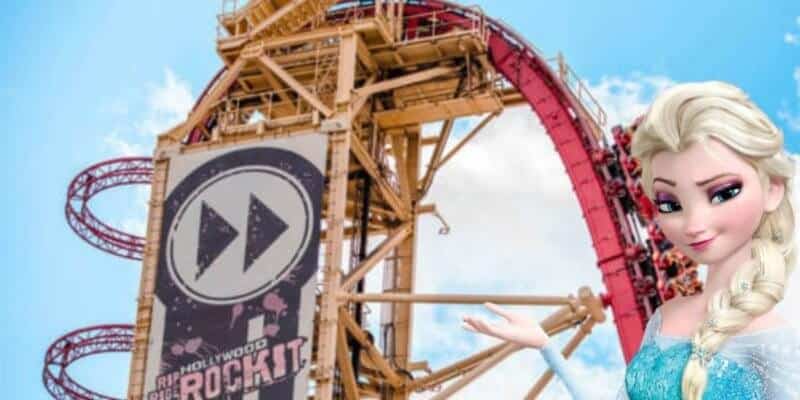 Tropical storm Elsa has left many Floridians uncertain about how strong of an effect the weather would have on the state. Although areas around the coast may have felt strong storms, Central Florida has not had to bear any severe weather.

Aside from rainfall, the most noticeable change in the Orlando area over the past few days has been the wind. There are much stronger winds than usual, which has helped with some of the heat that many theme park Guests at Universal Orlando Resort and Walt Disney World Resort typically feel in the peak of summer.

Because the tropical storm is named Elsa, of course, many Disney fans connected the former Queen of Arendelle with the weather. Considering Elsa had uncontrollable powers that could cause a storm at one point in her life, the two matched up quite perfectly. Because of this, many Disney fans have made many references to the Disney character all over social media, and it seems like Universal wanted to join in on the fun.

The wind never bothered us anyway.

The wind never bothered us anyway. ?

Of course, this was a direct reference to Frozen, as they changed the classic line “The cold never bothered me anyway” from Elsa’s song, “Let It Go”.

With Universal Orlando’s Twitter account often cracking jokes and using comedy on a majority of their Tweets, it is not surprising to see them post about the tropical storm while referencing a Disney IP! The Twitter account often pokes fun at their competitor on the social media platform, as we have discussed in the past.

Although Universal noted that the “wind never bothered” them anyway, they actually have various attractions that could be highly affected due to high winds. Attractions such as Rip Ride Rockit at Universal Studios Florida and The Incredible Hulk Coaster at Islands of Adventure have both closed down in the past due to wind and cold temperatures, as we have previously reported.

So, it seems that the wind does bother Universal, anyway!