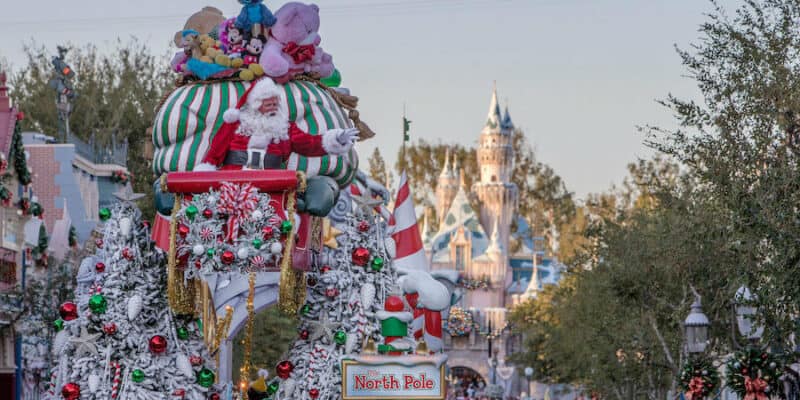 It’s the most wonderful time of the year at the Happiest Place on Earth! Disneyland Resort has just announced some magical holiday news — we now have the dates and details all about the holiday season at the Southern California Disney Parks!

The holiday season at the Disneyland Resort will officially return this year — much to Guests’ delight, as the theme parks were closed during the 2020 holiday season. The season will run from November 12, 2021, through January 9, 2022, giving Guests almost two full months of holiday cheer at their happy place.

Of course, the holidays wouldn’t be the same without Santa Claus! Disney shared today that there will be multiple opportunities to see Santa at Disneyland Resort during Christmastime. After all, aren’t the Disney Parks the most magical places to see Santa Claus? We certainly think so!

Entertainment making a comeback this year at the park includes “A Christmas Fantasy” parade where beloved Disney characters join Santa Claus for a merry musical celebration down Main Street, U.S.A. You may also see Santa making other stops within the parks throughout your visit.

As you can see above, Santa will be making an appearance in A Christmas Fantasy, a classic parade that I personally remember enjoying during my childhood. It truly does showcase “the spirit of the season” and spread Christmas cheer.

But also, Disney hints at Santa making even more appearances throughout the Resort! Yes, you will be able to wave to and meet Santa at Disneyland this year.

According to Disney Parks Blog, Guests should keep an eye out as they could also “see Santa making other stops within the Parks.” Perhaps we will have some socially distanced meet and greet opportunities in Disneyland Park and Disney California Adventure Park, which we have been experiencing with a variety of characters in the theme parks for the past few months. How fun!

We can’t wait to experience everything Disney has in store for us this Christmas season at the Disney Parks. As a reminder, Halloween Time officially begins this Friday, Septemebr 3, at the Disneyland Resort, and runs through October 31. After that, we should see Christmas decorations begin to appear before the holiday season officially kicks off on Novemebr 12!

What is your favorite thing about the holidays at the Disney Parks? Are you looking forward to seeing Santa Claus at Disneyland for the first time in forever? let us know in the comments!