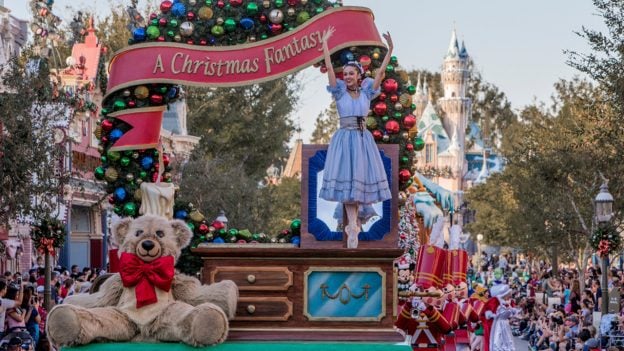 Disneyland has been open since April 30, after being shut down for over 400 long days. While the magic has returned to Southern California, there are still some things missing from the theme parks that Guests had come to know and love before the shutdown. One of those fun missing elements is the parades. Disney used to show parades nearly every day and ones such as the Main Street Electrical Parade and Paint the Night were very popular.

When Disneyland finally reopened, it had tight capacity limits and social distancing guidelines in place, which meant that parades were something that could not happen. Disney did what it could to prevent crowds from gathering, so along with no parades, fireworks were also not on the entertainment schedule.

However, fireworks are now back at Disneyland and things are returning to the normal that Guests once knew. In an exciting announcement, Disney has also revealed that parades will be coming back in time for the merriest time of the year! A Christmas Fantasy Parade will be making its return to Disneyland when the holiday season kicks off on November 12, 2021.

Disney Parks Blog released a ton of great information about all of the holiday magic that will be returning to Disneyland, and A Christmas Fantasy Parade was on the list.

Entertainment making a comeback this year at the park includes “A Christmas Fantasy” parade where beloved Disney characters join Santa Claus for a merry musical celebration down Main Street, U.S.A.

Not to be left out, Disney has also announced that Guests visiting the Walt Disney World Resort will also be able to experience a fun and festive parade. Mickey’s Once Upon A Christmastime Parade will be returning during Very Merriest After Hours at Disney World’s Magic Kingdom Park. The After Hours event begins on November 8, and takes place on select nights through December 21. 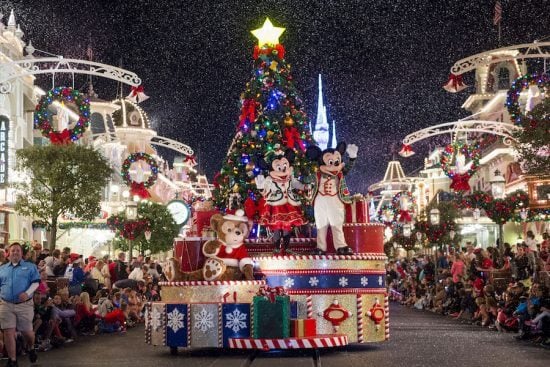 Are you excited to see “A Christmas Fantasy” return to Disneyland Park? Let us know in the comments!

CLICK HERE to book your very merry Disneyland Resort vacation with our friends at Academy Travel – an EarMarked Diamond travel agency that can provide you with a free quote today!