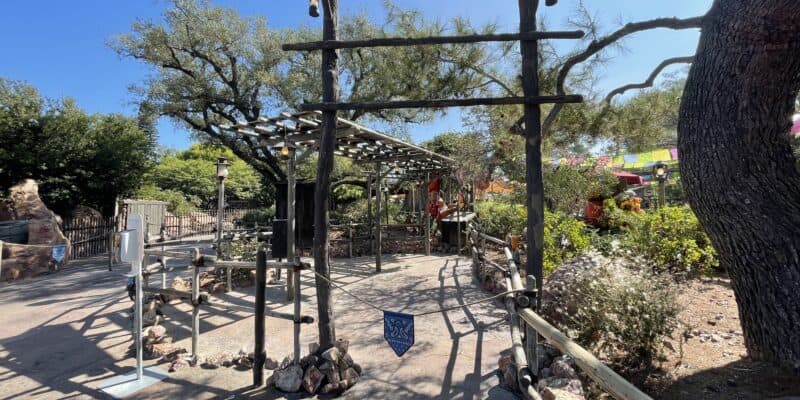 Disney officially announced this summer that FASTPASS and MaxPass will not be returning to Disneyland Resort in California (or, for that matter, Walt Disney World Resort in Florida). Instead, an all-new amenity called Disney Genie+ with Lightning Lane will be coming to the theme parks.

Keep in mind, though, that Disney Genie+ won’t get you access to every attraction that has Lightning Lane. For the most popular attractions — like Radiator Springs Racers in Cars Land and Star Wars: Rise of the Resistance in Star Wars: Galaxy’s Edge — you can purchase Lightning Lane access a la carte for an additional fee per Guest, per attraction.

We don’t yet have an official debut date for Disney Genie+ at Disneyland Resort. Right now, all we know is that the service is set to debut sometime this fall. However, it appears that Disney is slowly but surely preparing the Park for the switch from the former FASTPASS/MaxPass system to the new Disney Genie+ Lightning Lane system.

Not all FASTPASS distribution kiosks have already been removed from Disneyland Park and Disney California Adventure Park, but as the new Disney Genie+ system is entirely digital, it makes sense for there not to be a need for these kiosks anymore, as these used to distribute paper FASTPASS reminders in the past. Many FASTPASS kiosks remain covered up at this time, as well, such as the Matterhorn Bobsleds FASTPASS distribution kiosks pictured below.

Perhaps the next logical step in preparing the theme parks for the launch of Disney Genie will be the removal of FASTPASS signage from the theme park attractions and the addition of Lightning Lane signage at the applicable attraction queues. We have already seen this begin to occur at Walt Disney World — read more here.

For more information on Disney Genie+ and Lightning Lane, read the description that Disneyland released below:

For even more convenience and flexibility, there are 2 other options for enjoying our theme parks, through a queue we are introducing called the Lightning Lane entrance that also saves you time in line:

Stay tuned to Inside the Magic as we continue to update you on the latest Disneyland Resort news, including Disney Genie, Disney Genie+, and Lightning Lane!