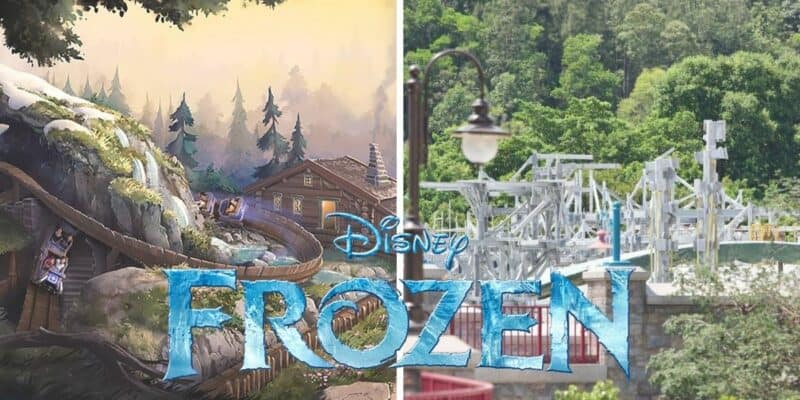 Guests are anxiously waiting to step “Into the Unknown” and be transported into the beautiful world of Arendelle at Hong Kong Disneyland.

We have continued to follow the construction happening at the upcoming land, and now, we are now seeing more details added to the upcoming Wandering Oaken’s Sliding Sleigh rollercoaster at Arendelle: World of Frozen.

Wandering Oaken’s Sliding Sleighs roller coaster is a ride that will take Guests on a journey through Arendelle after they pay a visit to Oaken’s famous store. During the announcement of the Frozen roller coaster in August at the D23 Expo, Bob Chapek spoke on his excitement of the land, saying, “Soon Guests will be able to visit the kingdom of Arendelle with all of its sights, sounds, cuisines, and traditions.”

Now, we are seeing more rockwork steel frames installed at the construction site, thanks to HKDL Fantasy on Twitter.

HKDL Fantasy shared two photos to the social media platform along with the caption:

Installation of rockwork steel frame continues around the rollercoaster track of “Wandering Oaken’s Sliding Sleigh” at “Arendelle: World of Frozen”.