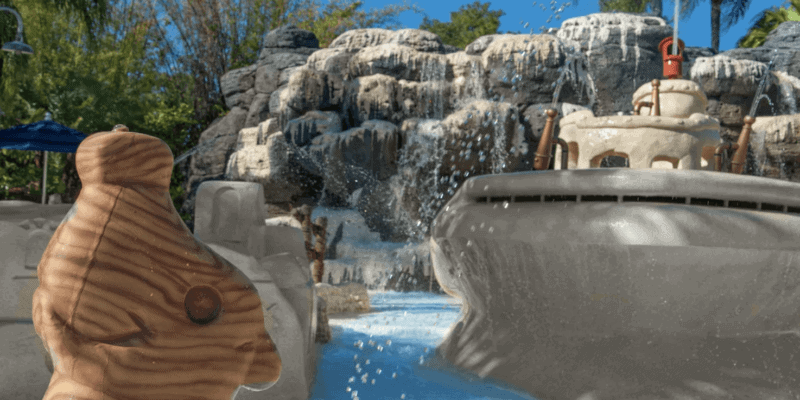 Twitter user Bioreconstruct has been sharing photos of the desolate-looking theme park all summer, including the following image of the drained wave pool:

Disney has, however, recently been filing permits for construction around the closed water park, which many Disney Park fans are hoping is a sign that we’ll get a reopening announcement soon.

Now, a new permit indicates that work will be done on the Ketchakiddee Creek area of the Disney World Park. The work will be performed by the S&S Tile Roofing Company, based in Longwood, Florida.

Although Disney has not made any official announcements regarding a reopening date for Typhoon Lagoon, roofing work could be a good sign.

Ketchakiddee Creek is officially described as:

Kid-friendly tunes and a small, sandy beach make this the perfect playground for water-loving kiddos.

Related: Goofy Warns Guests He Will Jump in the Lazy River at Blizzard Beach

Typhoon Lagoon also has plenty of rides for the older members of your family, including North America’s largest wave pool, the Crush’n’Gusher water slide that is inspired by roller coasters, and the completely dark Humunga Kowabunga body slide!

Would you like to see Disney’s Typhoon Lagoon reopen soon?