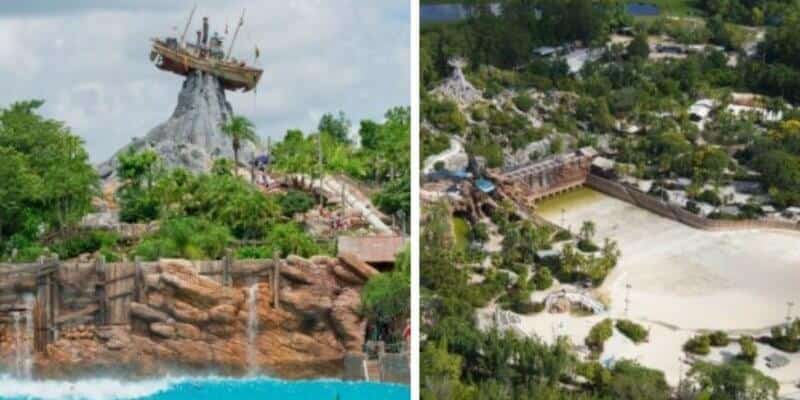 Disney World has undergone a lot of changes as of late. As the theme park mogul begins to return to a more normal state of operations, many of the areas that remained closed are once again welcoming Guests. However, there is one major part of Disney World that is still closed to Guests.

Recently, we have reported photos of Typhoon Lagoon, and things are looking pretty desolate. There is no water running through the slides or wave pool, and from afar, the water park looks abandoned. In those same photos, we also saw scaffolding up as Disney seemed to be making some adjustments and refurbishments to the rock work.

Now, Disney is continuing to file even more permits to get some more work done at the water park! Disney has just filed two permits for Typhoon Lagoon for “General Construction.” It seems that each permit will attack two different projects, as one of the hired contractors is named Certified Slings, and the other is S&S Tile Roofing Company. It is clear that there is more than just the rock work that needs to be fixed before this water park is ready to be filled back up again.

Typhoon Lagoon will likely remain closed for the summer season, as there have been no reopening announcements. We hope that this time off gives Disney enough time to fix up the water park so that it can be back in operation next season. As we mentioned, for now, Guests looking to go to a water park can hit up Blizzard Beach!

Do you think that Typhoon Lagoon needs a lot of refurbishments done to the water park? Are you sad it has yet to reopen?