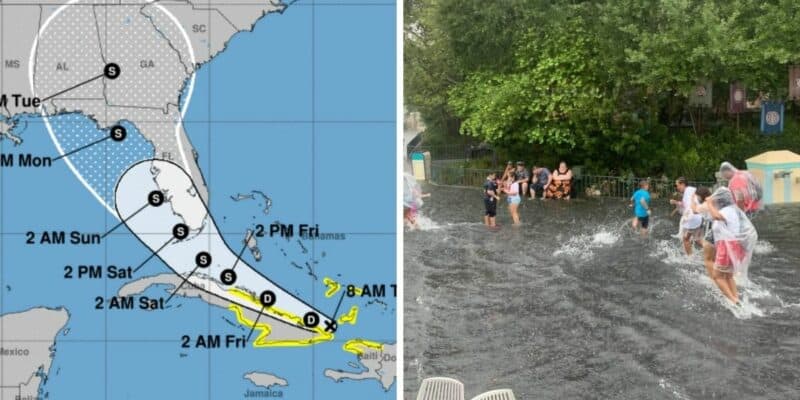 Yesterday, we reported that the storm officially formed and Tropical Storm Fred is making its way towards the Sunshine State.

Now, as the storm continues to move, we are getting a clearer picture of just how Tropical Storm Fred could impact Florida.

Per one report, the U.S. National Hurricane Center in Miami has given another update this morning, August 12, and said Tropical Storm Fred is forecasted to bring rain beginning on Friday, August 13, and hit near the Florida Keys and southern Florida on Saturday, August 14.

“Beginning Friday into next week, heavy rainfall associated with Fred will impact Florida and parts of the Southeast,” the center said. “Through Monday, 3 to 5 inches of rain is anticipated across the Keys and the southern Florida Peninsula, with isolated maximum totals of 8 inches.”

“Heavy rainfall could lead to … urban and small stream flooding, along with possible rapid river rises,” it added.

The U.S. National Hurricane Center said Tropical Storm Fred is expected to strengthen Friday and over the weekend.

At this time, Walt Disney World nor the other Orlando theme parks have made any changes in operations due to Tropical Storm Fred, but Inside the Magic will continue to follow the storm’s path and keep you updated as we get information.

If you are planning a trip to Walt Disney World or any other Orlando theme park in the near future, make sure to keep an eye on the latest models as we approach the weekend and plan accordingly.