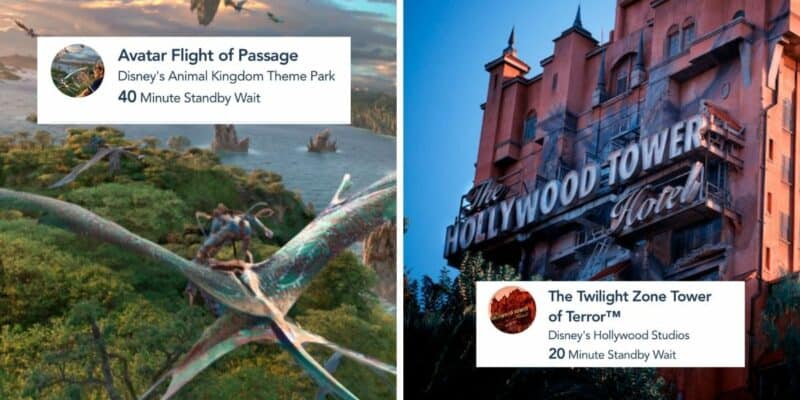 As of late, we have been reporting on decently high wait times at Walt Disney World. In fact, Pirates of the Caribbean, The Twilight Zone Tower of Terror, Seven Dwarfs Mine Train, and Jungle Cruise have all been approximately 60+ minute wait times.

As seen in the screenshot below, which was taken at approximately 2:45 p.m. EST on Monday, August 16, rides such as Tower of Terror, “it’s a small world” and Pirates of the Caribbean were all less than a 30-minute wait!

Other rides such as Kali River Rapids, The Many Adventures of Winnie the Pooh, Na’vi River Journey, and Test Track had a 30-minute wait.

But what’s even more shocking is that Avatar Flight of Passage, which has consecutively posted a 165-minute wait or higher recently, is only a 40-minute wait as of 2:45 p.m. EST, as seen in the screenshot below.

It is important to keep in mind that wait times will continue to change throughout the day and for the most up-to-date information, make sure you download the My Disney Experience app to your smartphone.

Additionally, we do want to mention that during the Walt Disney Company Q3 earnings call last week, it was mentioned that Disney World, which has been open for more than a year, is still seeing a “strong per cap growth continue in the Park”.

At the time of publication, we still have yet to hear an exact number when it comes to Park capacity, but that last confirmed number was 35%, which was released earlier this year.

If you are visiting Walt Disney World in the near future, be sure to familiarize yourself with the current safety protocols as the theme parks have continued to modify the rules and regulations.

Are you planning to visit Walt Disney World in the near future? Let us know in the comments below.