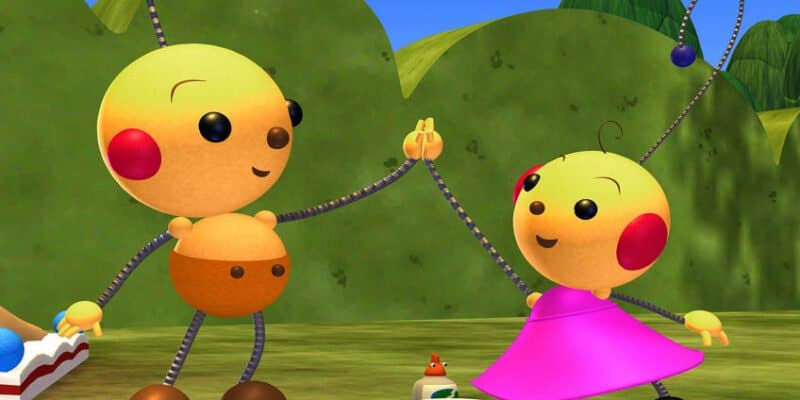 Playhouse Disney brought families around the country several popular shows, including Bear in the Big Blue House, PB&J Otter, Out of the Box, Higglytown Heroes, and, of course, Rolie Polie Olie (a fan-favorite for many!).

Once Disney+ debuted in 2019, subscribers were disappointed to see that some of these shows were not included. In fact, several petitions were made to urge Disney+ to add some of these Playhouse Disney shows to the service.

Well, now we have some great news to share as it looks like Disney listened to the fans because Rolie Polie Olie will officially be hitting Disney+ next month!

Disney has confirmed that Rolie Polie Olie, the popular Playhouse Disney show, will be coming to Disney+ in the United States on Wednesday, September 29! Though we do want to note that despite the Playhouse Disney show airing for six seasons from 1988 through 2004, only the first five seasons will be available on the streaming service when it hits next month.

Last year, the show’s creator, William Joyce, shared that there are new episodes currently in the works. Though no other details have been shared, we look forward to seeing Rolie Polie Olie return for more fun whenever those episodes are ready to debut.

Rolie Polie Olie aired on Playhouse Disney for six seasons from 1988 through 2004. It followed the story of a clockwork boy (Olie)  in a robotic world who went on adventures with his friends and family.

If you are not yet signed up for Disney+, click here to get started.

Related: Popular Playhouse Disney Show ‘Out of the Box’ Is on Disney+

Are you happy to see Rolie Polie Olie finally coming to Disney+? Let us know in the comments below.