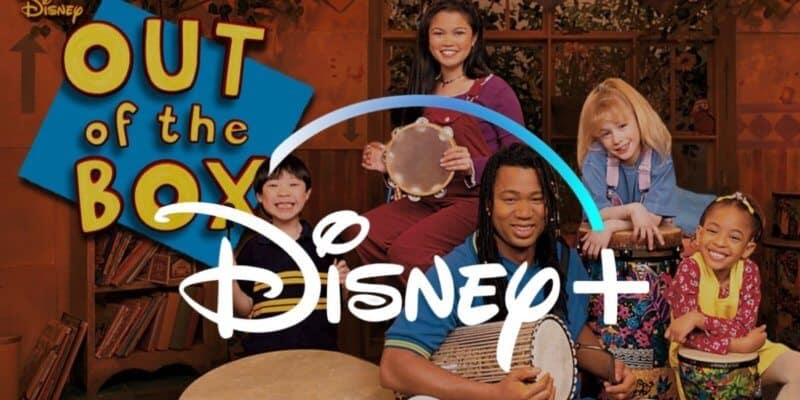 If you grew up in the 90s watching Playhouse Disney, just like I did, I’m sure you are familiar with some of the iconic shows such as Bear in the Big Blue House, PB&J Otter, Rolie Polie Olie, JoJo’s Circus, Stanley, and one of my personal favorites, Out of the Box.

Once Disney+ debuted in 2019, subscribers were disappointed to see that some of these shows were not included. In fact, several different petitions were made and surfaced on the Internet to try and urge Disney to add some of these Playhouse Disney shows, as well as other content, to the Disney+ service.

Even though several of these shows are currently missing from Disney+, ’90s kids can still soak up some nostalgia as Out of the Box is streaming on the platform!

A group of kids and their two caregivers have built a cool clubhouse out of giant boxes. That’s where they meet for music, play and special activities that kids can do at home.

The Playhouse Disney series was extremely popular during the late ’90s and early 2000s and even went on to earn three Parents’ Choice Awards for excellence in television and an Emmy nomination.

If you want to watch Out of the Box on Disney+, but aren’t yet signed up for the streaming service, you can get started here.

Did you know Out of the Box was streaming on Disney+? Will you be watching the popular Playhouse Disney show? Let us know in the comments below.