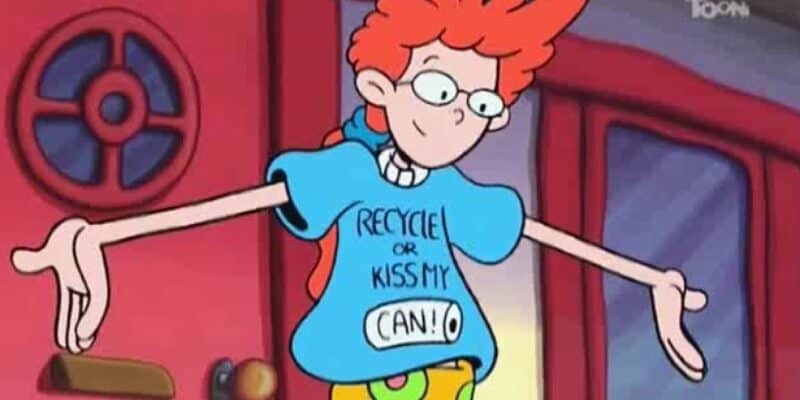 If you grew up in the 1990s, you probably remember waking up to, arguably, some of the greatest Saturday morning cartoons of all time — many of them made by Disney! From Recess to Doug, Disney’s One Saturday Morning on ABC offered up a smorgasbord of weekend fun for kids and tweens.

Now, Disney+ is bringing back Pepper Ann, a beloved One Saturday Morning show that aired from 1997-2000.

Variety shared details about the cartoon series coming to the streaming service on September 8, 2021:

The first three seasons of the fan-favorite ’90s animated series will be available to stream next month, with the release of Seasons 4 and 5 still unclear.

Created by Sue Rose, “Pepper Ann” follows the adventures of its titular redhead character and her friends and family. Known for its witty parodies and infectious theme song, the series tackled topics including body issues, school work and being raised in a divorced, single-parent household.

For those who are still nostalgic for the ’90s, a description of One Saturday Morning reads:

It featured two parts: three hours of regularly scheduled cartoons and a two-hour hosted flagship show that included features, comedy, and the virtual world Hastings had proposed, along with full episodes of Doug (which had been acquired from Nickelodeon), Recess and Pepper Ann, all of which were interspersed through the block. In Canada, the Baton Broadcast System (BBS), and later CTV (which absorbed BBS into itself in 1998, after Baton Broadcasting succeed in their goal of taking over CTV), aired One Saturday Morning.

Related: Disney Explains Why So Many ’90s Sitcoms Had a Disney World Episode

Are you looking forward to watching Pepper Ann on Disney+ on September 8?