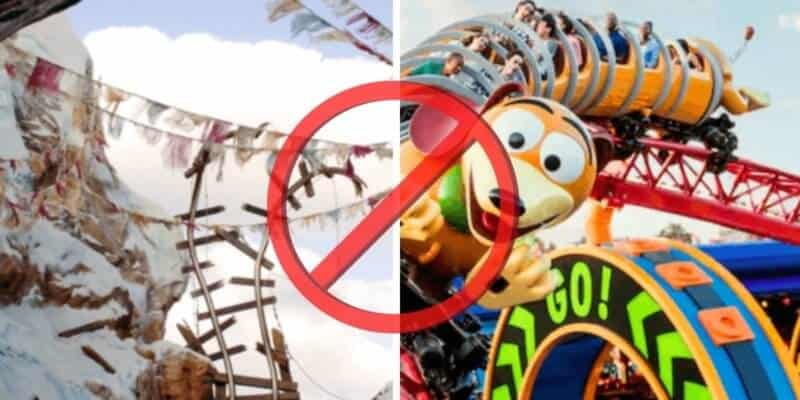 When Guests visit Disney World, there is always a chance that the attraction they want to ride will be closed.

If a ride is undergoing a refurbishment, this is something Guests would be able to check on Disney World’s refurbishment calendar for each day of their visit. Temporary closures, on the other hand, can be a little more tricky to deal with.

Attractions temporarily close at Disney World all of the time. Recently, we tracked 32 attractions closing in one day at Disney World, so if you ever notice a ride stating “Temporarily Closed” on your My Disney Experience app, know that that is not out of the ordinary.

If a ride malfunctions or needs adjustments to run correctly, Disney will temporarily close the attraction to ensure that they can fix the problem before Guests board again. This ensures that Guests experience the attraction as it was meant to be seen and do so in a safe manner.

Today, it seems that rollercoasters at Disney World have been having a tough time. At the time of this article’s publication, we can see that Expedition Everest at Disney’s Animal Kingdom and Slinky Dog Dash at Disney’s Hollywood Studios are both closed. Other thrill attractions such as Test Track at EPCOT and Splash Mountain at Magic Kingdom remain closed, as well.

According to Wdw Stats (@WdwStats), Space Mountain was also closed for over two hours today!

Space Mountain has been temporarily interrupted. On average, an interruption takes 123 minutes.

Space Mountain has been reopened after an interruption of 138 minutes.

Space Mountain has been reopened after an interruption of 138 minutes. https://t.co/jWooFVGJhm #SpaceMountain #MagicKingdom #WDW #WaltDisneyWorld #DisneyWorld

Weather, such as thunder and lightning, can also be the cause of attraction closures at times; however, as we can see on the My Disney Experience app, not all outdoor attractions are closed. Likely, the current closures listed are not due to weather, as others would have to also close in that circumstance, as well.

Temporary closures tend to lift within the same day, as we can see with Space Mountain’s previous closure above. So if you ever notice that an attraction you want to ride is temporarily closed, keep an eye out on your My Disney Experience app to be among the first to know when it is once again operational.

Have you ever experienced a temporary closure on a Disney World attraction you wanted to ride? Let us know in the comments below.