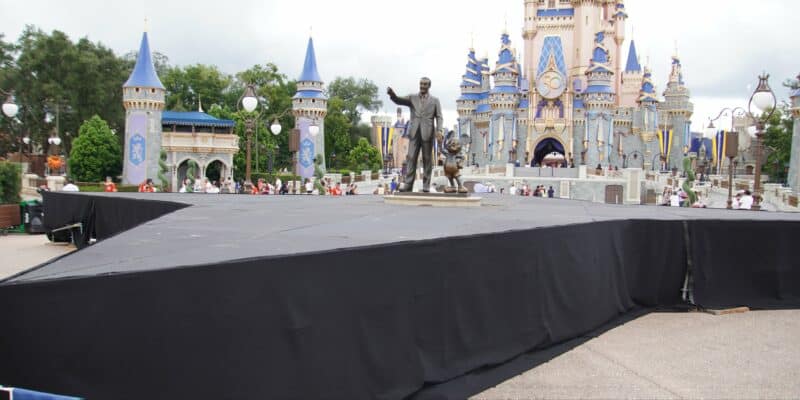 And as we inch closer to the celebration, Disney is announcing more of what Guests can expect during this exciting time, including a new ABC television special called “The Most Magical Story on Earth: 50 Years of Walt Disney World”.

Shortly after Disney announced the new television special, a stage appeared in the Magic Kingdom hub — which could possibly be related to filming “The Most Magical Story on Earth: 50 Years of Walt Disney World”.

Bioreconstruct took to Twitter to share a photo of the new stage that has appeared inside the Magic Kingdom hub along with the caption:

Stage at hub of Magic Kingdom.

At this time, we do not know what this stage is for or how long it will be placed inside the Magic Kingdom hub, but it could be relating to the 50th anniversary celebrations or the ABC television special. Inside the Magic will update you as we get information surrounding the new stage.