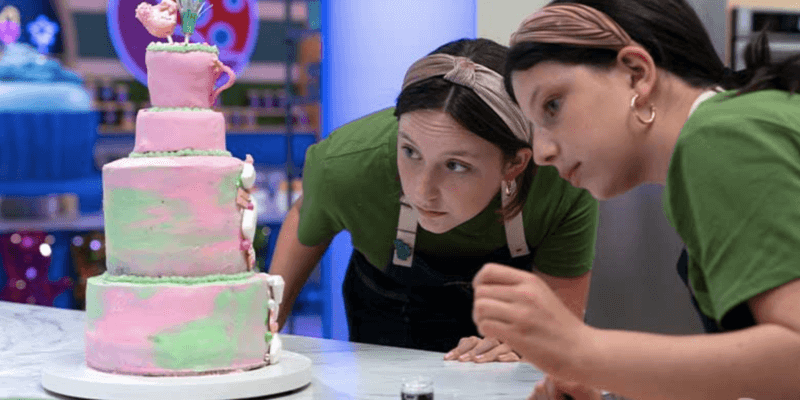 Do you have what it bakes?

On August 13, Disney hopes to answer that question when Disney’s Magic Bake-Off premieres on Disney Channel.

The show will be Disney’s first-ever baking competition series for kids that will feature Disneyland Pastry Chef Gracie Gomez as the baking judge. The show will be hosted by Dara Reneé, one of the stars of High School Musical: The Musical: The Series, and Issac Ryan Brown, who is known by Disney fans for his role as Booker Baxter in Raven’s Home.

Celebrating some magical Disney baking isn’t just limited to the contestants on the new Disney Channel show. Guests visiting both Disney Springs at the Walt Disney World Resort and Downtown Disney at the Disneyland Resort can also experience the fun of a Magic Bake-Off in different ways!

Bring some sweetness into your life and experience “Disney’s Magic Bake-Off” in person with an all-new experience at the Downtown Disney District stage from August 20-22, 2021, with showings at 5 p.m., 6 p.m. and 7 p.m. During this unique event, kids ages 7-12 can put their skills to the test decorating cupcakes with Disneyland Chef Gracie while a DJ spins some of your favorite beats. Space is limited for cupcake decorating and this event is free, so parents make sure to sign up starting at 4 p.m. each day at Downtown Disney District to secure a spot for your kid(s)! Please visit Downtown Disney District stage where an Events cast member will be able to assist you with signing up for a time slot at 5 p.m., 6 p.m. or 7 p.m. on the day of your visit.

Disney World Guests in Florida can also join in the fun. At the Walt Disney World Resort, there is a special photo-op wall right by Disney’s Days of Christmas Store. More information on the wall was shared by Disney Parks Blog:

Bakers on the East Coast, get ready to whip up your best pose at the all-new photo wall at Disney Springs at the Walt Disney World Resort in Florida. Only available this August, venture over to the wall next to the Disney’s Days of Christmas store to become part of the magical poster for “Disney’s Magic Bake-Off.” Tag these photos with #DisneyMagicBakeOff and #DisneySprings, and don’t miss scanning the QR code for a special surprise. 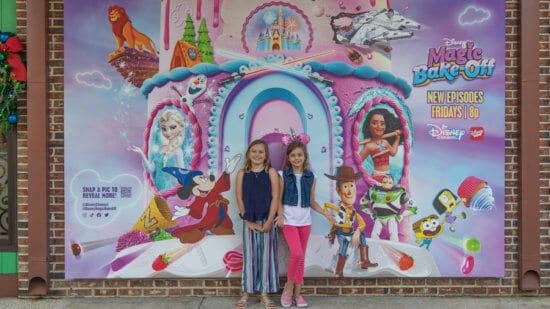 If you are unfamiliar with the exciting new Disney Channel show, here is some more information on what viewers can expect from Disney’s Magic Bake-Off:

Imagination rules and teamwork triumphs as three teams of two race against the clock to design a Disney-inspired cake utilizing Tastemade recipe videos and an enchanted pantry filled with a wonderful world of ingredients and surprises. Co-hosts Issac Ryan Brown and Dara Reneé, along with Disneyland Chef Gracie, guide the kid bakers through fun challenges and unexpected twists, as they set out to design a Disney-themed cake, including classics such as “Star Wars,” “The Lion King,” “Toy Story,” “Descendants,” “Zombies,” and more! Each episode will declare a winning team to be named Disney Baking Champion. The winning recipe will become a featured Tastemade video available on Disney Channel and Tastemade social media platforms.

Disney’s Magic Bake-Off will premiere on Disney Channel and DisneyNOW on August 13, along with Disney’s Descendants: Royal Wedding, and another new film Spin about a young girl who combines her Indian heritage with her American upbringing to explore her passion for DJing.

Will you be checking out the cool, new Magic Bake-Off experiences at either Disneyland or Disney World? Let us know in the comments!

Comments Off on ‘Magic Bake-Off’ Special Event Coming Soon to THIS Disney Resort!