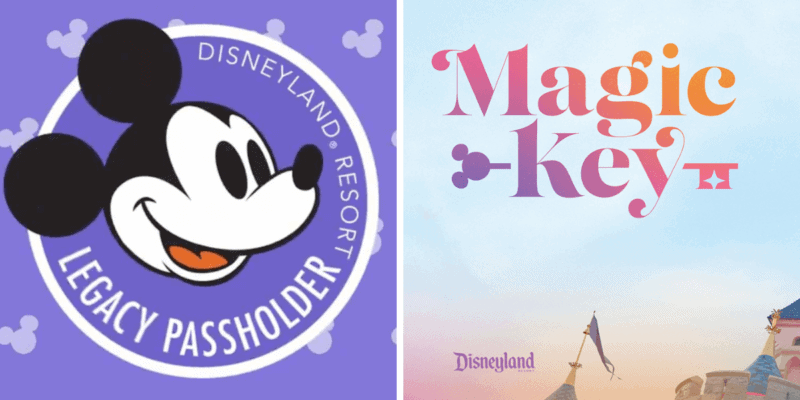 On August 25, Disneyland will be launching the sale of its new, highly anticipated, reimagined Annual Pass program — the Magic Key Pass program.

The Magic Key program was announced earlier this month as the replacement to the Disneyland Resort Annual Passport program that ended in January 2021. Guests will be able to purchase one of four Magic Keys, which will vary in price and access to the theme parks.

Unfortunately, if Disneyland Legacy Passholders — the name for Guests who were Annual Passholders when the program ended — were hoping to be able to get early access to Magic Key purchases, Disney has dashed those hopes.

According to the Disneyland website, sales for Magic Keys will begin on August 25, no earlier than 10 a.m. PST for all Guests.

Note that passes are subject to availability and are limited in quantity, so perhaps that is why Disney is not allowing any sort of early access for Legacy Passholders. According to the Disneyland website’s Magic Key Terms and Conditions:

PASS TYPE AVAILABILITY: Pass types are limited in quantity, and not all Pass types may be available at any given time. Please check for Pass type availability before attempting to upgrade into a Pass.

It is important to note that Annual Passes were always subject to availability, as well. The only pass that that condition ever had any significant effect on was the Southern California Resident Pass. The SoCal Resident Pass was the lowest-priced Annual Pass that Disneyland offered, but it was not always available for purchase. While the Magic Key Passes are different from former Annual Passholders, the Imagine Key is the most similar to the SoCal Resident Pass, as it is only available to Southern California Residents.

While Magic Keys are subject to availability, if sales of old Annual Passes are any indication, Guests will likely not have to worry about the Magic Key they would like to purchase selling out. All that a Guest really needs to be concerned about is snagging a reservation for the dates that they would like to visit Disneyland Park and Disney California Adventure Park.

With the popularity of Annual Passes and the number of people anxious to snag their new Magic Key, it is possible that Disneyland’s website will be overwhelmed on August 25, and wait times to purchase could take hours. If you would like to purchase your own Magic Key, it may be worth it to wait a day or two, as it is unlikely that any of the four Magic Keys will sell out in that time. However, we’ll keep you posted with the latest Magic Key news as we learn more.

Will you be purchasing your Magic Key on August 25? Or will you be waiting? Let us know in the comments!

Comments Off on Will Legacy Passholders Have Early Access to Magic Key Purchases?