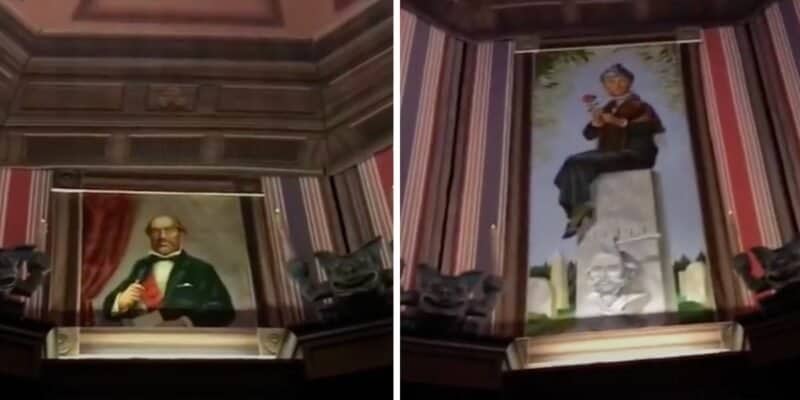 Typically, if you are a Disney fan, you likely have something “Disney-related” in your home.

Whether you have some photos that have Mickey Mouse on them, or another Disney character, or other hints of magic scattered around your home, such as a display of Mickey’s ears, having hints of Disney help keep out the Disney blues. When Guests leave Disney World, Disneyland, or any Disney Park, they typically never want to leave. So, in order to fix the sadness that comes along with leaving Disney, many of us tend to bring it home to remind us of it!

While some Disney fans may just have bits of Disney in their home, others may tend to take things a step further. Wacky World Studios YouTube channel showcased an in-home transformation where they recreated the Haunted Mansion stretching room in their own house! The YouTube description notes that the house is on Disney property, which likely means that it would be one of the houses in Golden Oak, the only Disney resident area on property.

Although the room is not to scale, it is quite remarkable how identical they have made it. Much like Walt Disney World’s version of the attraction, the room stretches upwards and is not an elevator, like the Disneyland attraction. The audio is also exactly what Guests would hear before boarding the ride, with the “Ghost Host” welcoming you in.

Below, you can see how the room came to be in a short video of the construction progress.

Once complete, the room looked like this. Try and see if you can spot any noticeable differences between the two pre-shows. We sure can’t!

Personally, I was very impressed to see the replication of the hanging scene, as the ceiling had the same transparent effect that I am used to seeing while at Magic Kingdom.

To check out a house tour of a Golden Oak home, click here.

What do you think of this Haunted Mansion recreation? Are you just as amazed as we are?