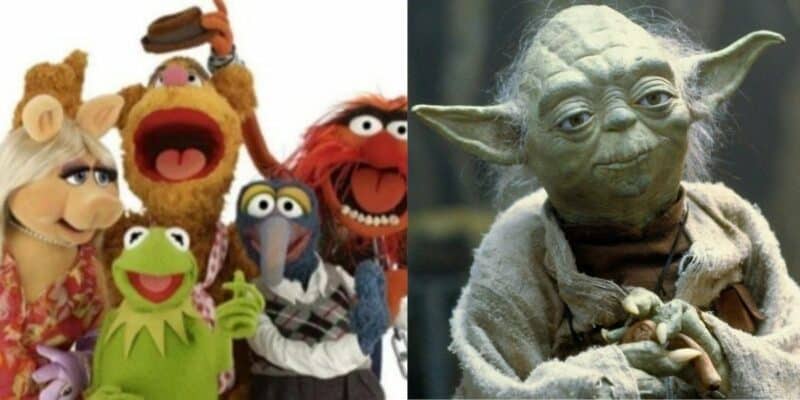 The Muppets are a staple when it comes to Disney fandom, from the parks to on-screen entertainment.

At Disney World alone, Guests can enjoy Muppet*Vision 3D at Disney’s Hollywood Studios, which Jim Henson himself directed, and before it closed, The Muppets Present…Great Moments in American History took place in Magic Kingdom’s Liberty Square. The Disney Parks have also been using Muppets for a lot of promotional material as of late.

Lately, we have seen a slight Muppet resurgence through Disney+ with all of the seasons of The Muppet Show becoming available. Now, performer and director Frank Oz, the man who created the characters of Miss Piggy and Fozzie Bear. He also originated Yoda from the Star Wars franchise and Cookie Monster, Grover, and Bert from Sesame Street. Oz has recently expressed his desire to return to The Muppets but feels Disney does not want him.

In an interview, Oz was asked if he would want to return to The Muppets, he said.

“I’d love to do the Muppets again but Disney doesn’t want me, and Sesame Street hasn’t asked me for 10 years. They don’t want me because I won’t follow orders and I won’t do the kind of Muppets they believe in,” he says. He can’t bear to watch the Muppets or Sesame Street today: “The soul’s not there. The soul is what makes things grow and be funny. But I miss them and love them.”

It seems that Oz believes that The Muppets needs to return to its roots. When asked about what it was like to work alongside Jim Henson, Oz noted that the two were “Complete opposites. Jim was quiet, confident. I was more uptight than Jim, neurotic, all these problems which I worked out with a shrink for years, whereas Jim was very playful.”

As a Muppets fan, I would love to see Oz brought back into the picture someday, especially considering how much he wants to reprise his roles in the fandom.

Of course, Oz touched on Yoda from Star Wars and explained how Yoda’s speech pattern came to be! It seems that it was not George Lucas that came up with Yoda’s backward way of speech, but rather Oz himself!

“It’s funny you ask about that because I was just looking at the original script of The Empire Strikes Back the other day and there was a bit of that odd syntax in it, but also it had Yoda speaking very colloquially. So I said to George [Lucas]: ‘Can I do the whole thing like this?’ And he said: ‘Sure!’ It just felt so right.”

Read more about that story here.

Oz has clearly left his mark in the Disney community and is a proud member of it. Hopefully, someday, he will be able to return to what he loves.

What do you think of Oz stating that Disney no longer wants him? Let us know in the comments below.