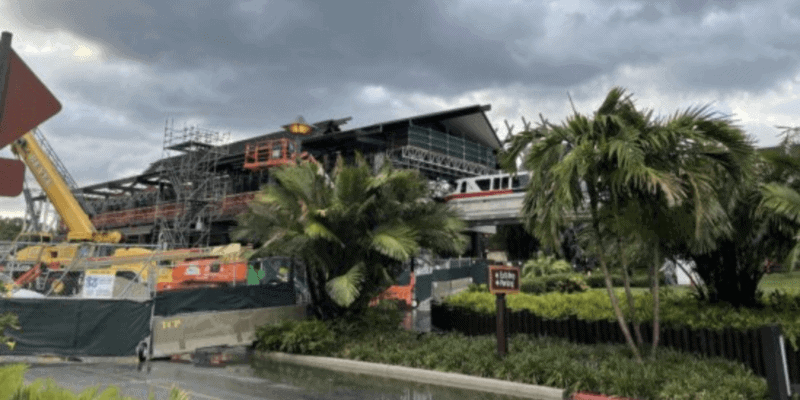 If you ever hear a fire alarm go off while at Disney World, it may be a cause for concern if it was unplanned, which is exactly what happened today.

This morning, Disney’s Polynesian Village Resort Guests were evacuated from the Resort as an unplanned fire alarm went off. Typically, when Disney plans to have fire alarm tests at their Resorts, all Guests are made aware, and there is often signage in the main areas of the Resort, such as the lobby, to ensure that everyone knows why the alarm is going off and when.

Since today’s fire alarm was not scheduled and therefore unexpected, Guests had to evacuate the Resort to ensure their safety. Luckily, no one was hurt, and there was no serious cause for concern. The Great Ceremonial House, along with many other areas of Disney’s Polynesian Resort, is currently undergoing a refurbishment. It seems that it was due to ongoing construction that a fire alarm was set off, but there was no danger or actual fire.

As we know, the Polynesian Resort has just refurbished all of its Resort rooms to have a Moana theme added to them. Although the room is complete, the monorail construction is still very much ongoing, which is likely the construction that caused the alarm to sound off. Often, dust or other incidents can trigger a fire alarm in an ara where extensive construction is taking place, and due to the refurbishment occurring here, it makes sense for a fire alarm to be unintentionally triggered.

Unexpected or unplanned fire alarms have caused evacuations at Disney Resorts in the past; one of the more recent ones come from Disney’s Riviera Resort last December. We also see attractions evacuate Guests at Magic Kingdom, EPCOT, Disney’s Hollywood Studios, and Disney’s Animal Kingdom from time to time when an attraction is not functioning properly. Whether a Guest is being evacuated from a Disney Resort or attraction, the evacuation is often a step being followed due to protocol, and it does not always mean the Guest is in harm’s way.

We are glad to hear that the fire alarm at Disney’s Polynesian Village Resort today was not a serious issue and that all of the Guests on vacation can continue to enjoy their time.

Have you ever been evacuated from a Disney Resort? Let us know in the comments below.