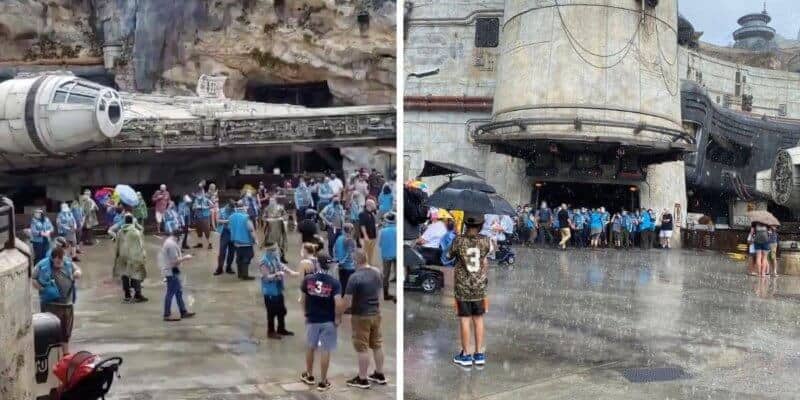 According to social media, the alarm was associated with the attraction Millennium Falcon: Smugglers Run at Disney’s Hollywood Studios. The event was reported on Twitter by Guests who were on-scene at Star Wars: Galaxy’s Edge.

Check it out below.

Bystanders even pointed out that it smelled like smoke in that area of the Black Spire Outpost.

Smells like smoke at Smugglers Run and the fire alarm went off pic.twitter.com/hery1b6slC

While the issue remains a mystery, it appears that the situation has been resolved. It was reported that Disney allowed Guests to get back in the queue very shortly after being evacuated, and according to the My Disney Experience App, Smugglers Run has a 40 minute wait time right now.

Guests are allowed to line up but the queue is not moving. pic.twitter.com/ZiP8WUGv90

No clear reasoning has been reported for any of these recent events at Disney’s Resort Hotels. The fact that it reportedly smelled like smoke in Disney’s Hollywood Studios was the clearest indication that something genuinely triggered the alarm.

If you are ever visiting the Disney Parks and want to share your experiences with Inside the Magic, feel free to reach out to us on social media or contact us here!

Why do you think so many fire alarms are going off all of a sudden? Let us know your theories in the comments!