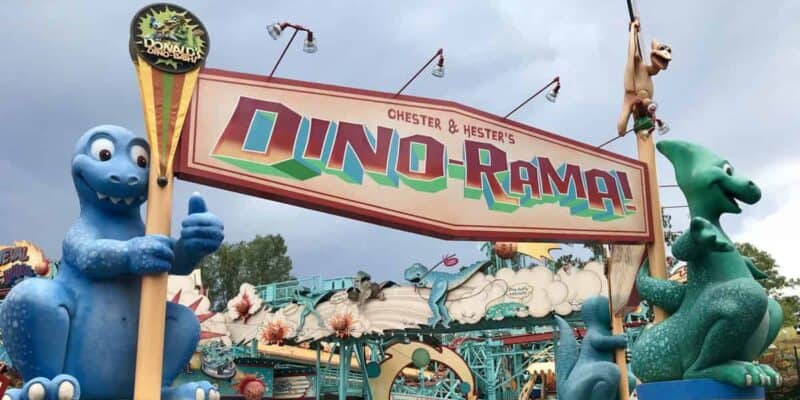 When Walt Disney World Resort reopened in July 2020 following its pandemic-related closure, the Disney experience looked a bit different than Guests were used to. In addition to required face masks for Guests age two and over, social distancing measures, and no fireworks or parades, there was something very different about the Dinoland, U.S.A. area at Disney’s Animal Kingdom Park — the Primeval Whirl ride never reopened to Guests.

Since the ride officially closed, the former site of the Primeval Whirl roller coaster has not had any work done on it, but it seems that could be about to change. A brand new permit filed by Walt Disney World Resort indicates that “General Construction” is about to begin where Primeval Whirl once whirled.

The permit lists MLC Theming, Inc. as the contractor for the project. The company — based in Lake Buena Vista, Florida where Disney World is located — is described on LinkedIn as:

Related: Magic Kingdom Attraction Set to Close For ANOTHER Refurbishment

Although “General Construction” can mean anything from minor changes to a Disney World attraction to massive retheming, it does seem likely that MLC’s involvement in this new Dinoland, U.S.A. project means that some serious work is about to be done on the Primeval Whirl site.

Disney, however, has yet to confirm anything about significant changes to this section of Disney’s Animal Kingdom.

One description of Primeval Whirl reads:

What do you hope happens to Dinoland, U.S.A.?