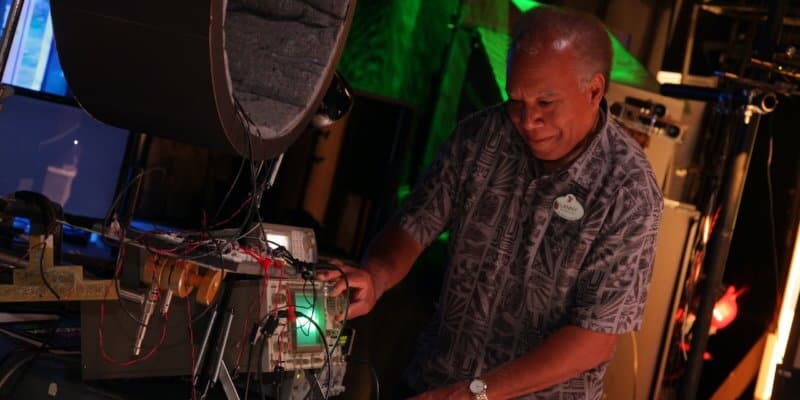 Disney Imagineer Lanny Smoot has hit a milestone in his long career with the Walt Disney Company. Lanny has just hit a grand total of 100 registered patents with the US Patent and Trademark Office. This has never been done before by any Walt Disney Company!

Disney Parks Blog shared the details of Lanny’s achievement, and even included what patent was the 100th:

We are excited to report that longtime Walt Disney Imagineering Research & Development Imagineer and Disney Research Fellow Lanny Smoot just received his 100th career patent from the US Patent and Trademark Office – a first for anyone at The Walt Disney Company.  His 100th patent (number 11,080,779 – “Systems and Methods of Presenting a Multi-Media Entertainment in a Venue”) was issued earlier today. This is a milestone not often achieved by many inventors and makes Lanny one of the most prolific Black inventors in American history, based on patents issued, according to Disney patent attorney Stuart Langley.

I personally cannot wait to see what this 100th patent for systems and methods of presenting multi-media entertainment in a venue will translate to inside of the Disney Parks.

Disney went on to say that 74 of Lanny’s patents came while he was with the Walt Disney Company. Lanny will be featured in the Breaking Barriers: Honoring Extraordinary Black Inventors, which is coming soon to the National Inventors Hall of Fame Museum in Virginia.

If you have visited a Disney Park or Resort you have likely encountered some of Lanny’s inventions. Notably, if you plan to visit the upcoming Star Wars: Galactic Starcruiser set to open at Walt Disney World soon, Lanny is responsible for the new realistic lightsaber technology that will help bring that experience to life!

Disney Park Blog shared which projects were Lanny’s favorite to work on:

Some of Lanny’s favorite patents while working for Disney include such things as past projects like Kim Possible World Showcase Adventure and “Where’s the Fire?” at Innoventions, both formerly at EPCOT; current projects including many of the special effects guests love in the Haunted Mansion, the lightsabers used in Star Wars Launch Bay, the virtual and interactive koi ponds at the Crystal Lotus Restaurant at Hong Kong Disneyland Hotel, the Fortress Explorations interactive adventure at Tokyo DisneySea, and “Power City” at Project Tomorrow in the post-show area for Spaceship Earth;

They also went on to say that Lanny has plenty more inventions up his sleeve that have not yet been added to the parks. So be on the lookout for more amazing inventions by Lanny Smoot!

Let us know what project of Lanny’s is your favorite in the comments below!