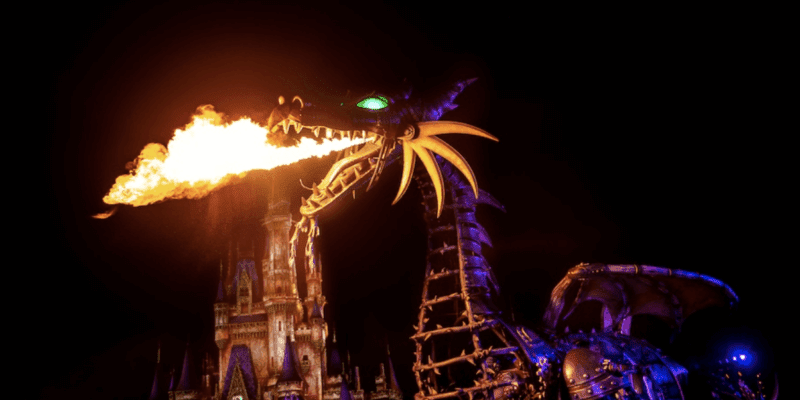 Today marks the official start of Halloween at Walt Disney World, with Disney After Hours Boo Bash beginning this evening! But what character cavalcades can Guests expect to see at the After Hours event?

For the past few days, we have seen Magic Kingdom transform into a Halloween wonderland, with decorations arriving the moment August began! With pumpkins lining Main Street, U.S.A., Guests visiting are already in the spooky spirit from the moment they enter the Park.

Once Boo Bash begins, Guests will be transported to a magical Halloween celebration, and there will be a few characters tagging along to help them do just that. One of the big things that Guests will not see at Magic Kingdom this year is the Boo to You parade that typically accompanies Mickey’s Not-So-Scary Halloween Party. Because the party is not on this year’s schedule, and parades have yet to return to the Most Magical Place on Earth, Guests at Boo Bash can enjoy cavalcades themed to Disney’s spookiest characters!

Below, you can see a full list of all the cavalcades coming to Magic Kingdom for this year’s Disney After Hours Boo Bash event!

Be Bewitched by Halloween Cavalcades

Get swept up in the Halloween spirit with captivating, themed cavalcades.

Disney Villain Halloween Cavalcade: Behold a legion of villains unleashed to revel in this sinister season. Look out for fiends like Dr. Facilier, the Queen of Hearts and Jafar as they celebrate just how wonderful it is to be wicked.

Jack’s Nightmare Cavalcade: Prepare for a procession worthy of the Pumpkin King! Jack Skellington—along with Sally and Oogie Boogie from Tim Burton’s The Nightmare Before Christmas—take to the streets to share thrilling, chilling tricks and treats!

And last (but definitely not least!), Maleficent will also make an appearance in the form of a fire-breathing dragon!

From this, it seems that we will be seeing four cavalcades roll by throughout the After Hours event, if we include Maleficent. These cavalcades will run throughout the evening, so if you miss them once, or you want to see them again, don’t fret because your spooky pals will roll by more than one time during the event!

Are you planning on attending Disney After Hours Boo Bash? Let us know in the comments below.