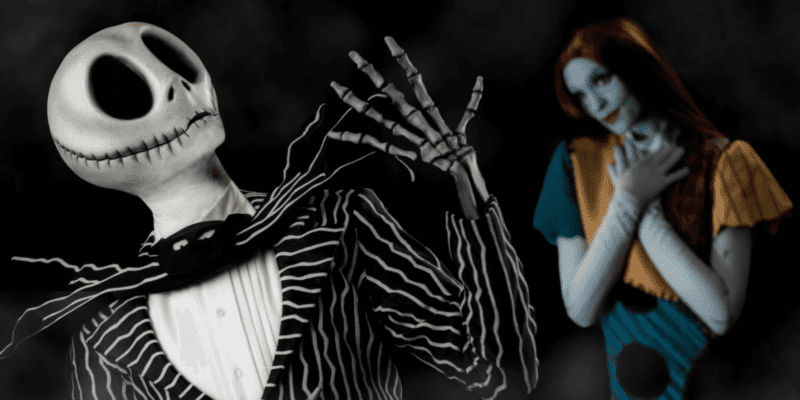 Guests are looking forward to a new after-hours event coming to Magic Kingdom called Disney After Hours Boo Bash. It will replace Mickey’s Not-So-Scary Halloween Party for this Halloween season due to the ongoing pandemic.

Tonight is the first night of Disney After Hours Boo Bash and we are now finding out more of what to expect from the event — including which characters Guests will be able to see and where.

One of the most popular character meet and greets at Mickey’s Not-So-Scary Halloween Party in the past was for Jack Skellington and Sally. Though Disney did not list them under the character sightings page on the website, we can confirm that you can still spot them in their character cavalcade!

Get swept up in the Halloween spirit with captivating, themed cavalcades.

Disney Villain Halloween Cavalcade: Behold a legion of villains unleashed to revel in this sinister season. Look out for fiends like Dr. Facilier, the Queen of Hearts and Jafar as they celebrate just how wonderful it is to be wicked.

Jack’s Nightmare Cavalcade: Prepare for a procession worthy of the Pumpkin King! Jack Skellington—along with Sally and Oogie Boogie from Tim Burton’s The Nightmare Before Christmas—take to the streets to share thrilling, chilling tricks and treats!

And last (but definitely not least!), Maleficent will also make an appearance in the form of a fire-breathing dragon!

This is similar to what Disney World did last year, except it was during regular Park hours rather than during the After Hours event. Due to the ongoing pandemic, Disney World did not host Mickey’s Not-So-Scary Halloween Party, or any Halloween party for that matter.

Instead, Magic Kingdom brought pop-up cavalcades to Guests during regular Park hours, including a The Nightmare Before Christmas– themed cavalcade, which featured Jack Skellington, Sally, and Oogie Boogie. This is the same cavalcade that will appear at Disney After Hours Boo Bash.

We are excited to see that Jack and Sally will be part of Disney After Hours Boo Bash, even though they are not currently listed under the character sightings page.

Are you planning to attend Disney After Hours Boo Bash? Let us know in the comments below.