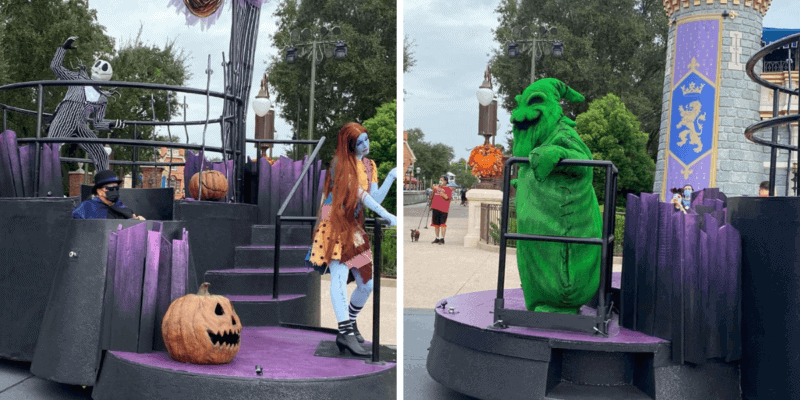 Boys and girls of every age
Wouldn’t you like to see something strange?

Halloween is making its modified 2020 debut at the Walt Disney World Resort’s Magic Kingdom park and with it, comes some special cavalcades including one for The Nightmare Before Christmas.

Featuring Sally, Jack Skellington, and the Oogie Boogie Man, this frighteningly marvelous little float just recently made its way down the Magic Kingdom Parade Route from Frontierland, through Liberty Square, and down Main Street U.S.A.

@koolksadventures shared some photos on Instagram with the caption, “You can tell that Halloween 2020 has officially started here at the Magic Kingdom.”

Nightmare Before Christmas has always been a popular seasonal addition to both the Walt Disney World Resort and the Disneyland Resort so it makes sense that Disney would give the cult classic its own cavalcade.

The Magic Kingdom has been revealing its Halloween Cavalcades throughout the day. The first one featured Winnie the Pooh and his friends all dressed for Trick or Treating. Guests entering the park also saw some of their favorite characters on the Main Street Train Station dressed in their Spooky Season attire. 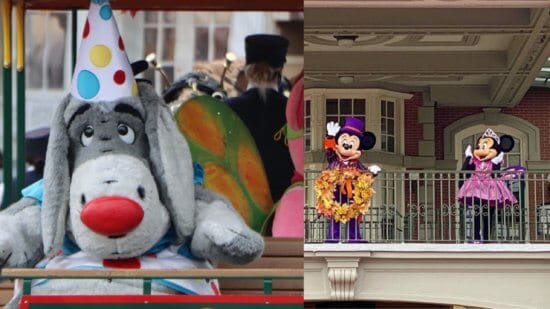 But this is just the stem of the pumpkin for Walt Disney World Guests. More Halloween fun is set to debut today including a cavalcade entirely made up of your favorite Disney Villains!

According to Disney Parks,

On select days, you may even encounter a cavalcade of Disney Villains – from Gaston and Maleficent to Queen of Hearts and Jafar – creeping down the path, or a nightmarish procession featuring the Pumpkin King himself, Jack Skellington!

These cavalcades are all a part of Disney World’s attempt to modify its Halloween celebration for the new health and safety standards surrounding the ongoing pandemic, including the cancelation of Mickey’s Not-So-Scary Halloween Party.

Still, the decorations are up and it looks like Disney is going to make the most with what it can do!

If you are looking to visit Walt Disney World resort for Halloween, our friends at Academy Travel are standing by to help!

Comments Off on ‘Nightmare Before Christmas’ Cavalcade Debuts at Magic Kingdom