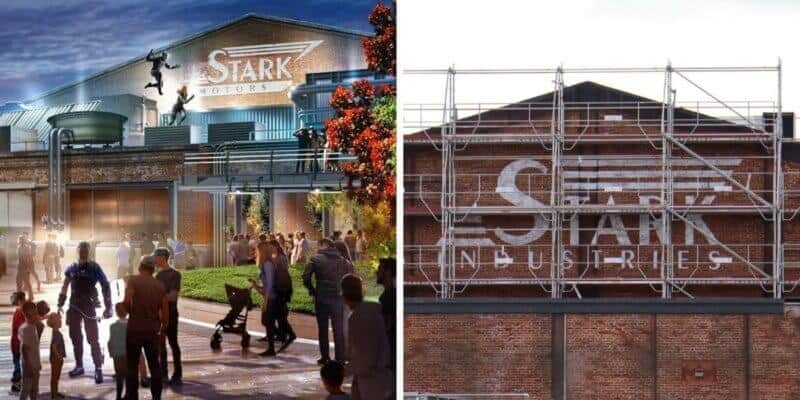 The best part is that recent photos show that the land has already begun taking shape as elements are being uncovered and aspects are being added.

DLP Report took to Twitter to share that the Stark Industries logo has been painted onto the Spider-Man building:

At Avengers Campus, the “Stark Industries” logo has been painted on the Spider-Man building!

The first bit of Avengers theming for the land:

⚠️ At Avengers Campus, the “Stark Industries” logo has been painted on the Spider-Man building!
The first bit of Avengers theming for the land: pic.twitter.com/9nK4PZnzSX

Additionally, the Quinjet has been uncovered! Per DLP Report:

And the Avengers Campus Quinjet platform has been uncovered!

⚠️ And the Avengers Campus Quinjet platform has been uncovered! pic.twitter.com/zOgbaFZqgv

The Quinjet is something that Avengers Campus in Disney California Adventure also has and sits above what is now known as Avengers Headquarters. A future E-ticket attraction, in which Guests board a Quinjet and head to Wakanda to fight alongside the Avengers, will also open in Avengers Campus at DCA at a later date.

At this time we do not have an opening date for Avengers Campus at Disneyland Paris, but Inside the Magic will update you as we get information. In the meantime, if fans want to get the Marvel experience, they can visit Disney California Adventure at Disneyland Resort in California.