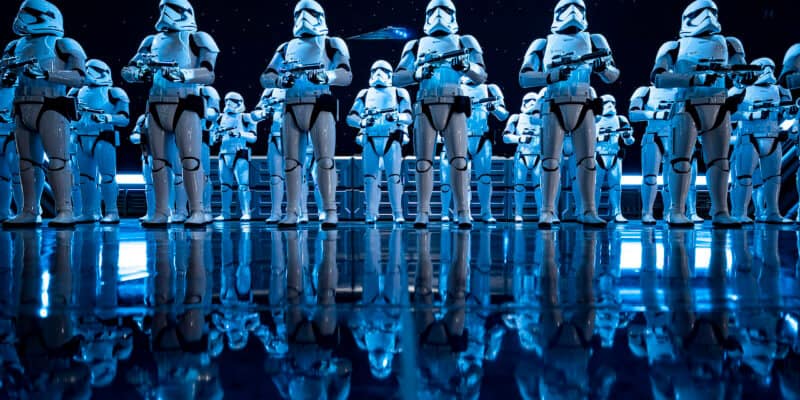 Unfortunately, Rise of the Resistance tends to experience its fair share of temporary interruptions. At the time of this article’s publication, the ride was unavailable to Guests, as confirmed by WDW Stats on Twitter:

Star Wars: Rise of the Resistance has been temporarily interrupted. On average, an interruption takes 24 minutes.

WDW Stats confirmed that the ride did reopen to Guests following its temporary closure.

Star Wars: Rise of the Resistance has been reopened after an interruption of 24 minutes. https://t.co/RaDcwvBblS #RiseOfTheResistance #GalaxysEdge #HollywoodStudios #WDW #WaltDisneyWorld #DisneyWorld

Although Disney World Cast Members do everything they can to keep all rides and attractions operational throughout the day, every day, unexpected closures do sometimes occur. These can be related to mechanical issues or general maintenance.

If you are at Walt Disney World Resort today, continue checking the My Disney Experience app for the latest ride wait times and temporary closures.

If you are at Disney’s Hollywood Studios and managed to snag a boarding group in the Rise of the Resistance virtual queue today, your MDE app should update your expected wait time now that the attraction has reopened.