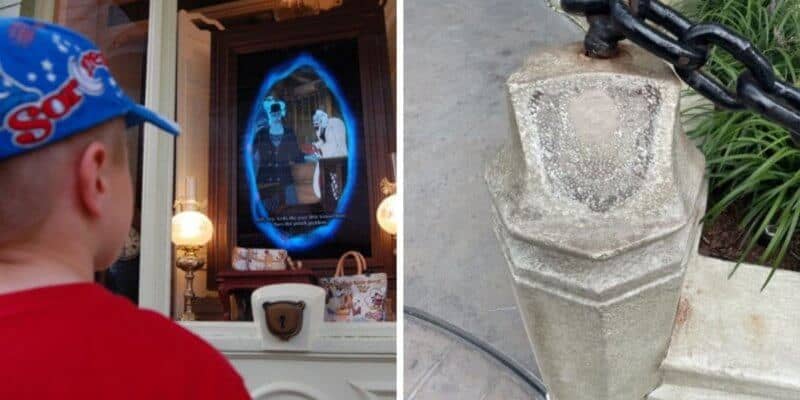 On January 25, 2021, Walt Disney World officially retired one of its popular Disney Park interactive games — Sorcerers of the Magic Kingdom — which left many Guests and fans upset.

Now, as Disney continues adapting to a new era, and as the game is no longer available to Guests, iconic elements of Sorcerers of the Magic Kingdom are being removed from the theme park.

What Was Sorcerers of Magic Kingdom?

If you’ve had the chance to play Sorcerers of the Magic Kingdom at Walt Disney World, you know that it utilized older technology and paper playing cards. With times continuing to change, technology progressing, and smartphones being used for nearly everything, Disney is continuing to adjust theme park offerings so they adapt to the new era. Unfortunately, this Disney Park game was a bit outdated, even with its very loyal fanbase.

In case you aren’t familiar, Sorcerers of the Magic Kingdom was an interactive scavenger hunt that allowed Guests to work with Merlin and stop Hades from taking over the theme park. The official description stated:

Iconic Elements of Sorcerers of the Magic Kingdom Removed

On a recent visit to Magic Kingdom, our Inside the Magic team noticed those iconic keyholes as well as select screens are now being removed from certain parts of the theme park. We knew this would come as the game has officially retired, however, that doesn’t mean seeing this makes it any easier!

In the image below, you can see an old access point in Fantasyland for Sorcerers of the Magic Kingdom, which is now being slowly eliminated. A screen used to sit inside the window, but now — It is completely gone. You can see the outline of the mirror, which is where Guests would watch short clips to help them navigate the game, but the screen itself has been removed.

As we kept looking, we noticed that one of the keyholes in Fantasyland was completely removed! You can still clearly see the outline of where the keyhole sat on the concrete stand.

At this time there is no word on what’s to come or what (if anything) will replace the Sorcerers of the Magic Kingdom game, but Inside the Magic will continue to update you as we get information.

Are you upset to see the keyholes being removed from Magic Kingdom? What do you wish will replace this game? Let us know in the comments below.