Oogie Boogie Bash RETURNING to Disneyland This Fall! - Inside the Magic 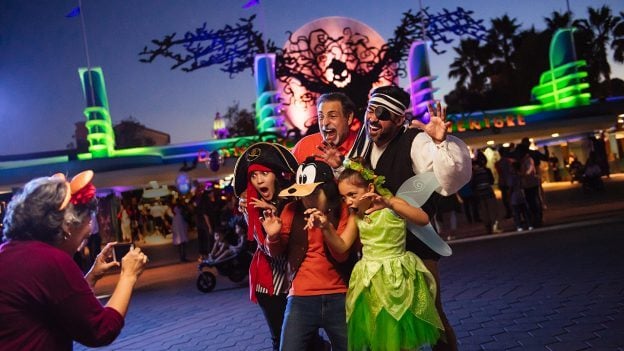 Fans of Disney Villains and all things spooky, get ready. Disney has officially announced that the Guest-favorite Halloween event Oogie Boogie Bash will be returning to the Disneyland Resort this fall!

According to Disney, Oogie Boogie Bash — A Disney Halloween Party will be offered on select nights in September and October 2021. The first Oogie Boogie Bash event was held at Disney California adventure in fall 2019, but due to the theme park closure that lasted from March 2020 through late April 2021, Disney could not host the Halloween event in fall 2020. Fans will be happy to know that the special spooky festivities are back this year — and tickets go on sale on July 13!

Per a press release from Disney:

For family fun after-park hours, Oogie Boogie Bash – A Disney Halloween Party* will be offered as a separate-ticket event at Disney California Adventure park on 25 select nights starting Sept. 9. Tickets will be available for purchase beginning July 13 on Disneyland.com.

At Oogie Boogie Bash, kids and guests of all ages can trick-or-treat their way through the park in their favorite Halloween costumes and encounter characters both spooky and fantastic. Guests will experience Disney California Adventure in a unique way, with exclusive offerings like immersive treat trails, “Frightfully Fun Parade,” Villains Groveat the Redwood Creek Challenge Trail, “Mickey’s Trick & Treat” show and more.

The following are the spooktacular highlights of this event — keep in mind that World of Color is missing from the lineup, but there is still plenty of fun to be had!

The news of Oogie Boogie Bash coming to Disney California Adventure in Anaheim comes not long after Walt Disney World Resort announced the Disney After Hours Boo Bash event coming to Magic Kingdom. Similar to Oogie Boogie Bash, Disney After Hours Boo Bash is a separately ticketed event for the Halloween season. Except at Disney World, the event will run from August through October, while Disneyland’s event in California runs from September through October.

For even more Halloween fun, Disneyland Resort Guests can enjoy the Halloween Screams fireworks show all spooky season at Disneyland Park — only a theme park ticket is needed! Find all the details here.

Disneyland will also decorate for the season in style — and, of course, the Haunted Mansion Holiday is coming back. More information here!

Stay tuned to the official Disneyland Resort website and Inside the Magic for the latest information on Oogie Boogie Bash and Halloween Time at Disneyland.

Are you excited that Oogie Boogie Bash will return in 2021? Let us know in the comments!