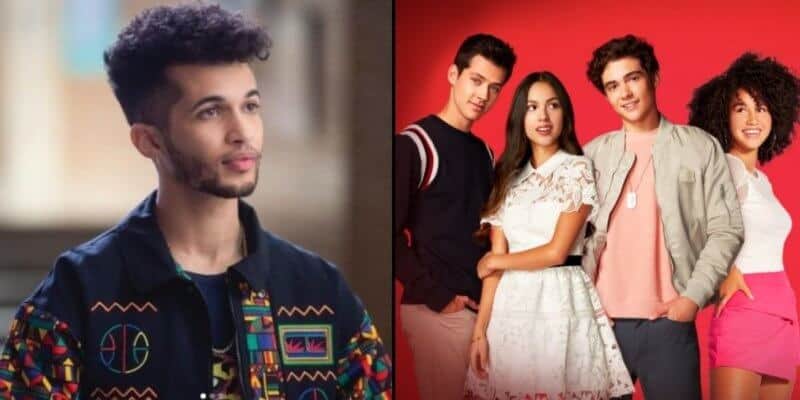 Singer, actor, and Disney fan Jordan Fisher is known for his voice in the Happily Ever After Fireworks Spectacular opening song at Disney World’s Magic Kingdom Park, and for being a former Disney Channel star. He’s also taken Dancing With the Stars by storm by becoming the Season 25 winner!

Recently, Fisher announced on his official Instagram page that he will be returning to Disney as Jamie in the Disney+ series, High School Musical: The Musical: The Series. Debuting July 23, Jordan will play Gina’s (Sofia Wylie) older brother — and big-time music producer — in a Season 2 episode entitled “Showtime”.

started with a twitter interaction…words can’t express how much i love this show, but mostly this unbelievably talented CAST. excited for you guys to meet Jamie @highschoolmusicalseries

If you don’t mind tiny spoilers, here is a sneak peek provided by Disney’s YouTube Channel.

If you have been following this young star’s career, you know Jordan Fisher has quite the portfolio! Fisher is a well-known Broadway star and has been featured in “Hamilton” and “Dear Even Hanson”. The 27-year-old actor has shown his incredible skills and has played a wide variety of characters. Fisher is well known for his roles in Teen Beach Movie, Liv and Maddie, and his starring role in the Netflix sequel To All the Boys: P.S. I Still Love You (2020)

During the pandemic last year, Jordan Fisher and his childhood sweetheart, Ellie Woods, decided there was no better place to get married than inside Magic Kingdom! The couple, along with an intimate group of family and friends, gathered at a socially distanced, masked-up event and celebrated the night while listening to Jordan’s song “Happily Ever After”. See more of their wedding photos here.

Are you excited to see Jordan Fisher join the High School Musical: The Musical: The Series crew? Let us know in the comments below!

Comments Off on Jordan Fisher Is Guest Starring in a Disney+ Series!