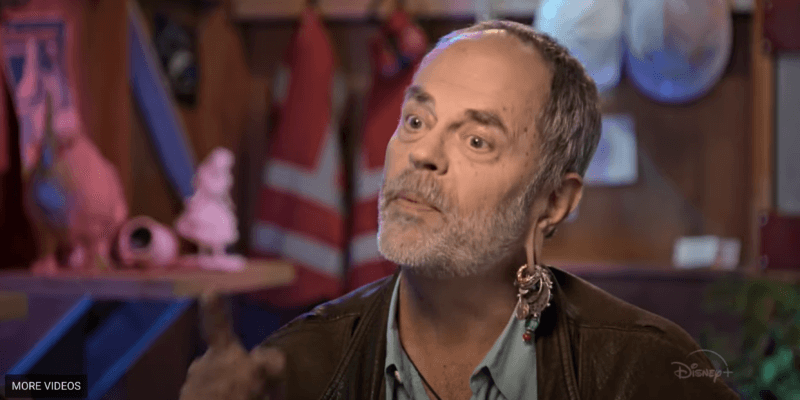 When Disney launched its very own streaming service Disney+ in 2019, it quickly gained millions of subscribers.

Fans flocked to the service to watch some of their favorite Disney films, as well as shows that were no longer airing, but still held a special place in their hearts. Fans also loved some of Disney’s original content — mainly The Imagineering Story.

The Imagineering Story delved deep into Disney history and shows fans how Walt and his Imagineers created the most immersive and successful theme parks on earth.

One of the Imagineers featured in The Imagineering Story is the legendary Joe Rohde. Rohde was the chief designer behind Walt Disney World’s fourth theme park, Animal Kingdom. He was also responsible for bringing Pandora – The World of Avatar to life, as well as transforming Tower of Terror into Guardians of the Galaxy – Mission: BREAKOUT! at the Disneyland Resort in California.

While Rohde officially retired from Disney in January 2021, it seems his time with the company is not completely over. Or, at least, his time on Disney+ has not come to an end. Enter the new series: Behind the Attraction.

On July 13, Disney released the trailer for its highly-anticipated new documentary series Behind the Attraction. The new series will take viewers behind the curtain and look at how some of Disney’s most popular rides and attractions came to life.

According to Disney+, here is what viewers can expect when they start watching Behind the Attraction:

Peek beyond the magic of Disney Parks to discover what’s Behind the Attraction! From Executive Producer Dwayne Johnson, Behind the Attraction explores how Imagineers filled the Haunted Mansion with 999 happy haunts, and how the Twilight Zone Tower of Terror™ tranformed into Guardians of the Galaxy – Mission: BREAKOUT! From Jungle Cruise to Star Wars: Galaxy’s Edge, every Disney Park attraction has a magical story.

Although his appearance in the new trailer is brief, it seems that Rohde will be featured in the Disney+ show. He was a chief Imagineer on so many Disney projects — Disney theme parks would not be the ones we know and love today without him!

You can watch the whole trailer for Behind the Attraction below.

Behind the Attraction will premiere on Disney+ on July 21 and will be hosted by Executive Producer Dwayne Johnson, who will discuss how Disney’s world-famous Jungle Cruise attraction influenced his new film.

Will you be watching Behind the Attraction when it premieres on Disney+ July 21? Let us know in the comments!

Comments Off on Joe Rohde Makes His Disney+ Return in New Series!